The goal of the NCS-X project, which is a partnership between the Bureau of Justice Statistics (BJS) and FBI Criminal Justice Information Services (CJIS), is to increase the number of agencies that report data to the National Incident-Based Reporting System (NIBRS) so that nationally representative estimates of crime can be created. 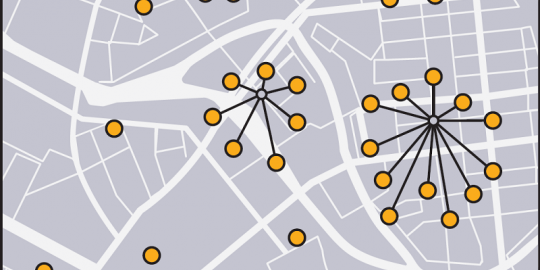 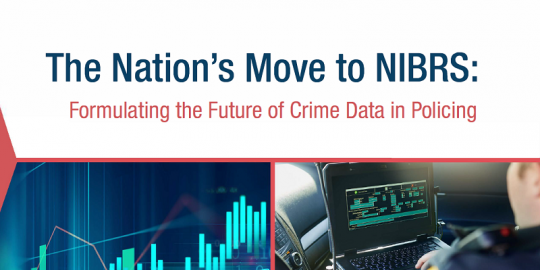 The Nation’s Move to NIBRS: Formulating the Future of Crime Data in Policing – Workshop Proceedings

Summary of activities that could promote and accelerate the use of NIBRS data and is intended to help law enforcement practitioners, police executives, and researchers.
See Details
The Nation’s Move to NIBRS: Formulating the Future of Crime Data in Policing – Workshop Proceedings

The National Crime Statistics Exchange (NCS-X) is a partnership between the Bureau of Justice Statistics (BJS), a component of the Office of Justice Programs in the U.S. Department of Justice, and FBI Criminal Justice Information Services (CJIS) to expand NIBRS to support the production of nationally representative incident-based crime statistics as a strategic first step in transitioning to NIBRS-only crime reporting by January 2021. BJS and the FBI signed a joint statement of support to recruit a sample of 400 scientifically selected law enforcement agencies to submit data to NIBRS. When data from these 400 additional agencies are combined with more than 6,900 agencies currently reporting to NIBRS, the nation will have a nationally representative sample of incident-based crime data drawn from the operational records management systems of local police departments. Incident-based data capture the attributes and circumstances of criminal incidents and allow for more detailed and accurate assessments of crime in communities and nationwide.

As of November 2021, 58% of the nationally representative sample of 400 agencies was NIBRS certified. The chart below shows the 400 agencies divided by strata. A complete list of the status for all 400 agencies can be found on the BJS website.

Spearheaded by BJS and supported by the FBI CJIS, NCS-X works to expand the reporting of more detailed crime incident data among law enforcement agencies throughout the United States.

NCS-X Goal: Increase the number of law enforcement agencies that report data to the National Incident Based Reporting System (NIBRS) so that estimates of crime can be created at a national level. If an additional 400 selected law enforcement agencies begin reporting NIBRS data, then information could be generated describing the nature of crime, victimization, and law enforcement operations, which assists policymakers as they evaluate community needs, assess the impacts of programs, and seek to make efficient use of resources.

In addition to BJS and the FBI, the NCS-X Team is comprised of:

The National Incident-Based Reporting System (NIBRS) is an incident-based crime reporting system of the FBI’s Uniform Crime Reporting (UCR) Program, in which law enforcement collects data on each crime occurrence. Designed to be generated as a byproduct of local, state, federal, and tribal automated records management systems, NIBRS collects data on each incident and arrest within 24 crime categories made up of 52 specific crimes The most significant difference between NIBRS and the historical Summary Reporting System (SRS) of UCR is the level of detail in reporting. In Summary UCR, law enforcement agencies tally the occurrence of ten crimes. NIBRS, in contrast, captures detailed data about when and where crime takes place, what form it takes, and the characteristics of, and relationships between, victims and perpetrators. Details about the incident are organized into specific segments and data elements are coded in a uniform fashion to provide information about a criminal incident and its associated victims, offenders, property, arrestees, etc.. The goal of the NIBRS is to enhance the quantity, quality, and timeliness of crime data collected by law enforcement and to improve the methodology used for compiling, analyzing, auditing, and publishing the collected crime data. NIBRS offers law enforcement more comprehensive data than ever before for planning, training, management, and operations.

Support for NCS-X and National Transition to NIBRS

The FBI’s Summary Reporting System is scheduled to sunset December 31, 2020. To meet this deadline, many agencies (and some states) need to start now to plan for their NIBRS transitions. A number of resources are available to support law enforcement agencies as they seek to determine “We need to transition to NIBRS. Where do we start?” The first recommended action for most law enforcement agencies new to the NIBRS transition is to contact their State’s UCR Program. Some states have created slightly different modifications from the federal NIBRS standard, to be more responsive to some specific state statutes. A list of other recommended actions for agencies can be found in the Law Enforcement Agency Playbook. In addition to reaching out to the State UCR Program and following the Law Enforcement Agency Playbook, the NCS-X Team has created and compiled a number of other resources to assist agencies. Among the items listed below are agency self-assessments to determine how well an agency’s current RMS data collection align with the federal NIBRS standard, technical specifications needed for NIBRS, and case studies of agencies that have recently made the transition.

Agencies that want to report NIBRS data need to not only to collect the data elements and institute the requisite edit rules, but they also must make sure their data can be transferred to the State UCR Program (or, in exceptional cases, directly to the FBI). Data must meet quality standards to be able to be combined with that from other jurisdictions. The State UCR Program (or FBI) certification process ensures the quality and integrity of the data received. State UCR Programs can assist agencies in understanding their state’s certification process. In addition, the NCS-X Team has created and compiled resources that agencies may find beneficial. Among them is a NIBRS Pre-Certification Tool that allows for comparisons between an agency’s data and the federal NIBRS standard.

The value of NIBRS reporting is the richness and detail of the data itself. NIBRS data provides context to what can otherwise be perceived stark crime numbers. The articles linked below highlight interesting analyses that have been performed using NIBRS or incident-based data.

The NCS-X initiative has created several resources for law enforcement agencies to use when working with their local media to explain the shift between reporting crime numbers using UCR Summary Reporting System and NIBRS. The primary resource is a Media/Press Kit, which contains background on NCS-X and NIBRS, as well as examples of recent press releases and news articles.

NIBRS in the News