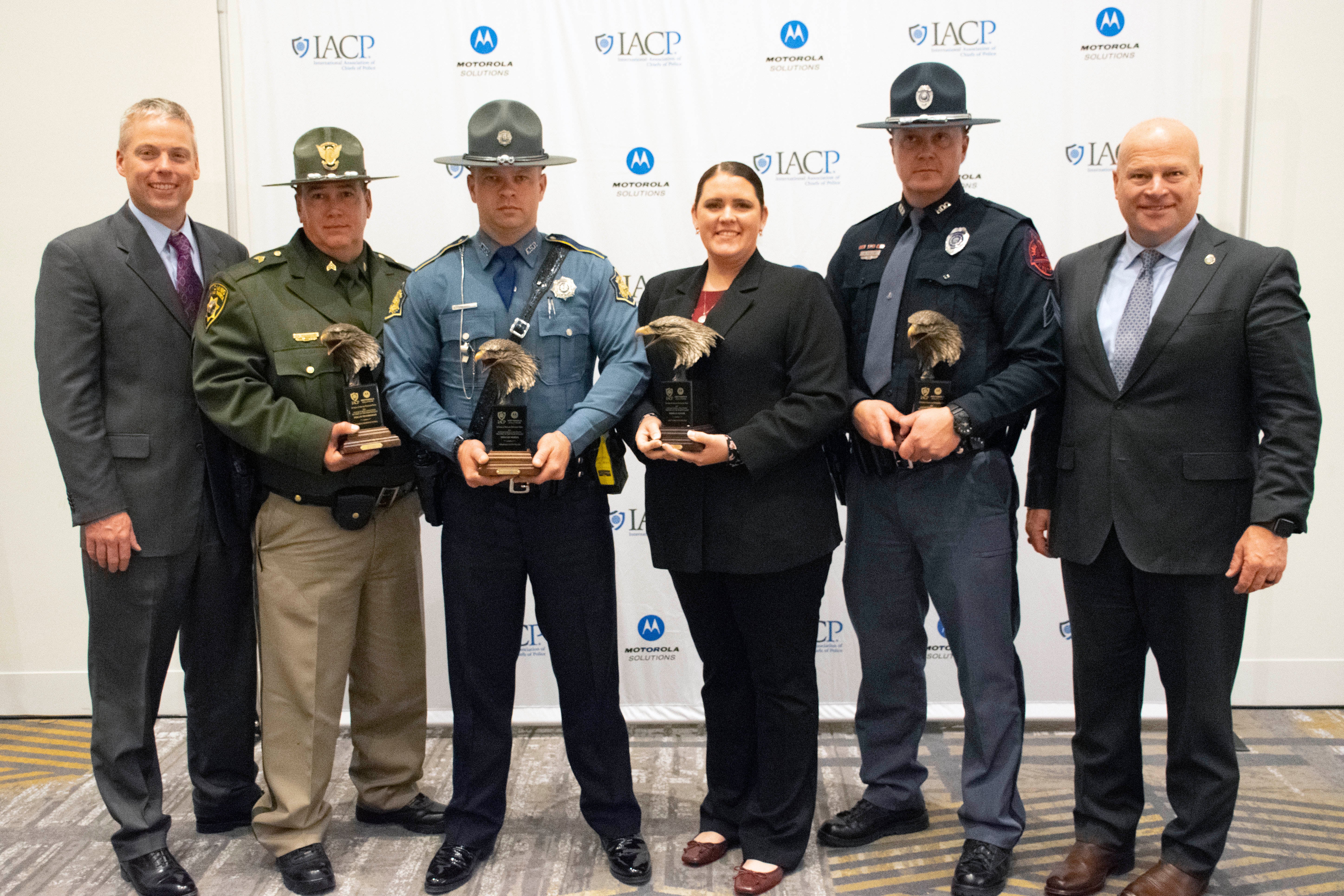 On March 24, 2022, the International Association of Chiefs of Police (IACP) and Motorola Solutions named Trooper Spencer Morris from the Arkansas State Police as the IACP/Motorola Solutions 2021 Trooper of the Year. Trooper Morris was chosen from four finalists among state and provincial agencies of the United States and Canada.

“State troopers and provincial police exhibit leadership, courage, and commitment to community each and every day,” said Jim Mears, senior vice president, North America Sales, Motorola Solutions. “It is our privilege to partner with the International Association of Chiefs of Police to recognize select troopers for their extraordinary acts of heroism. Our finalists demonstrated bravery and professionalism in the face of danger, and they prioritized the safety and well-being of others above their own. Motorola Solutions salutes their actions, honors their sacrifices, and deeply appreciates their service."

On December 16, 2021, Arkansas State Police, Troop D was notified of a pursuit on Interstate 55 Service Road. Trooper Spencer Morris observed an unmarked police vehicle pursuing a passenger vehicle and advised the pursuing officers that he was on Interstate 55, parallel with the vehicle. Trooper Morris was informed that the suspect in the vehicle was wanted on outstanding violent felony charges in South Carolina. The pursuing agency was the United States Marshal’s Office, Eastern District of Arkansas.

Trooper Morris exited his vehicle and established a position of tactical advantage, all while communicating to dispatch and identifying the suspect’s firearm, which appeared to be an AK-47 style rifle. Trooper Morris advised dispatch that he was out with the suspect vehicle and continued to cover it while additional officers responded to assist.  A SWAT team arrived on the scene and confirmed that both the suspect driver and passenger were deceased.

Trooper Morris placed his life in jeopardy on more than one occasion as he continued the pursuit, not fully knowing the severity of his injuries. 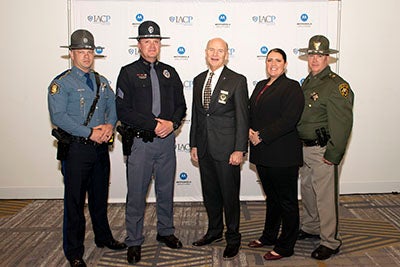 “Congratulations to our 2021 Trooper of the Year, Trooper Spencer Morris. The IACP is proud to honor your courage, professionalism, and dedication to service. All four finalists are exceptional examples of the heroism displayed by law enforcement officers every day. Congratulations and thank you for your continued service to the profession. It was an honor to meet each of you in Seattle,” said IACP President Dwight Henninger.

Sponsored Content: Why Location Matters for Police: And Five Ways Your Agency Can Leverage It

Any officer who has pursued a suspect down a dark alley or lonely back road knows that location matters. When pursuing a suspect in a…
John Beck and Mike King
| |
Blog Post
Blog Post
SHARE