States and Countries with DREs

States and Countries with DREs

The Drug Evaluation and Classification (DEC) Program began in the early 1970s in Los Angeles, California. With its success, the program has continued to expand to other states and eventually into Canada and other countries. All 50 states, plus the District of Columbia and the territory of Guam, are participating in the program in the United States. In addition, Canada, China (Hong Kong), and the United Kingdom participate in the DEC Program. 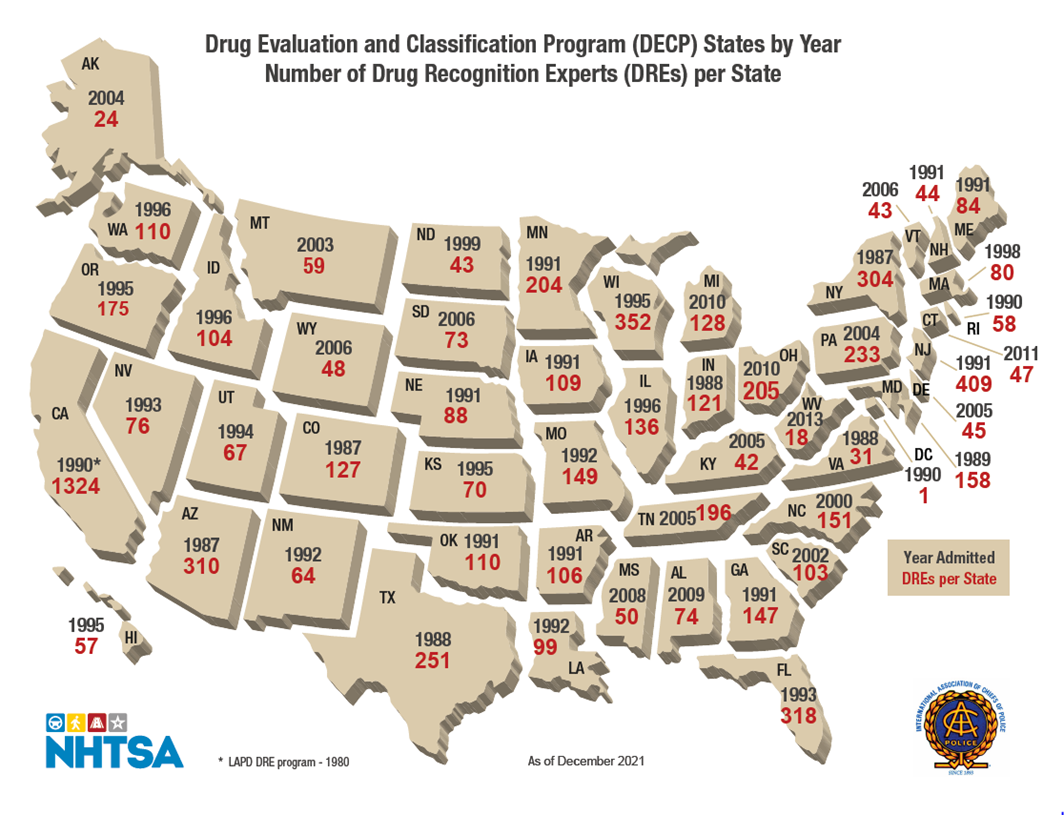