BACK TO ALL RESOURCES

The pilot program focused on using federal and state crash data and leveraging partnerships to respond to a particular traffic challenge in each area. Representatives from state and local law enforcement, state highway safety offices, and other public and private stakeholders, partnered with IACP staff to look at NHTSA Fatality Analysis Reporting System (FARS) data and state crash data to determine their topic of focus for the pilot. Each group collected promising practices and lessons learned, focusing on officer safety while conducting traffic enforcement and highlighting the importance of engaging stakeholders and community members. The campaigns began in November 2015 and ended in early February 2016.

High-Visibility Education and Enforcement: A Collaborative Approach to Traffic Safety

Click here to download the booklet outlining the promising practices and lessons learned from each state that participated in the HVEE pilot project. If you would like hard copies of this booklet, please contact the IACP Traffic Safety Initiatives Team at trafficsafety@theiacp.org.. 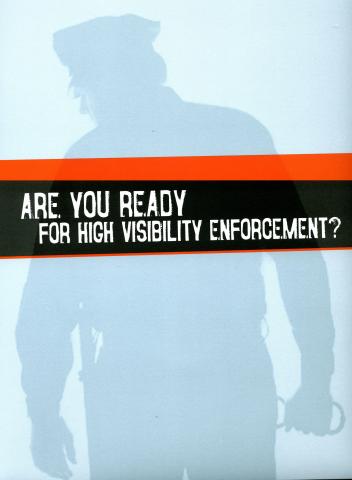 Are You Ready for High Visibility Enforcement? Preparation Packet

Click here to download the full "Are You Ready for High Visibility Enforcement? Preparation Pack" PDF. If you would like hard copies of this packet, please contact the IACP Traffic Safety Initiatives Team at trafficsafety@theiacp.org. 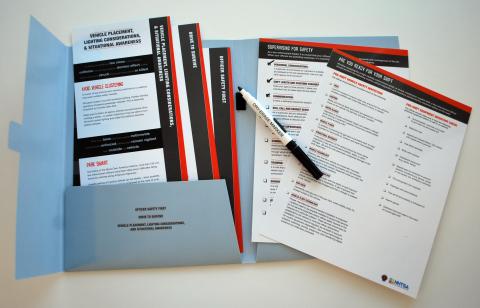 High-Visibility Education and Enforcement: A Collaborative Approach to Traffic Safety

If you would like hard copies of these resources, please contact the IACP's Traffic Safety Initiative Team at trafficsafety@theiacp.org.