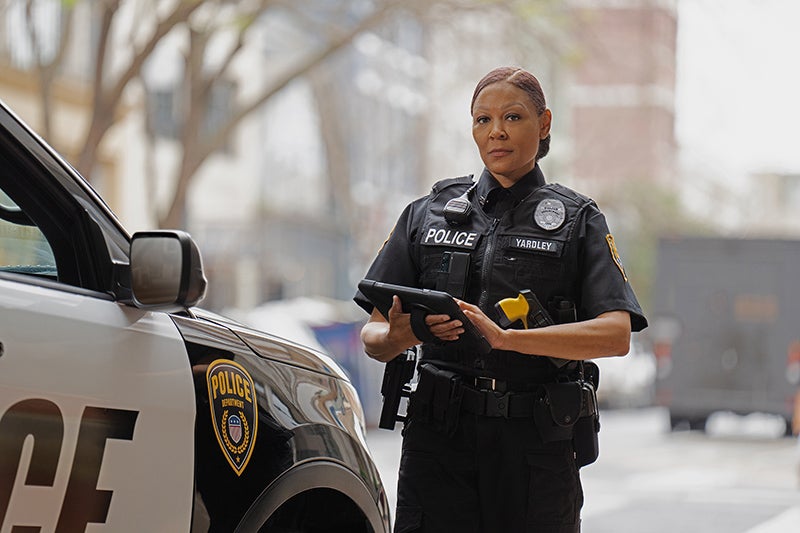 Access to mission critical data is essential for first responders and T-Mobile recently announced an important development regarding data prioritization on its network.

During a national gathering of public safety executives, T-Mobile Sr. Vice President George Fischer explained that effective immediately, first responder agencies who have voice priority and preemption as a result of their enrollment in the Wireless Priority Service (WPS), will also have priority for their data on smartphones, hotspots, and tablets. And in a situation where a natural disaster or major incident may impact service, T-Mobile will provide network resources to them first. Similarly, if a first responder is using data in a low-coverage area, the network will automatically reallocate resources to help maintain that critical connection. A press release was issued the same day that Fischer made this announcement.

T-Mobile is the first and only wireless provider to add data priority in collaboration with the DHS Cybersecurity and Infrastructure Security Agency (CISA), which oversees the WPS process. T-Mobile has been working closely with CISA to streamline the enrollment process for all first responder agency customers. As a result, data priority will now be automatic for mobile devices already enrolled in WPS and there is no fee or requirement for additional registration to obtain data priority. For agencies that have data-only devices, such as tablets, T-Mobile has begun enrolling those lines in WPS to ensure data priority will be available if it’s needed.

After the announcement was made, Fischer did a short video interview during which he emphasized the importance of data prioritization for public safety. “When there’s a major incident, often towers or parts of other networks are down,” he said. “The ability to prioritize data for the first responder means they get the available bandwidth that’s out there and they can operate effectively when it counts the most.”

T-Mobile Vice President Dave Bezzant has been a key part of the collaborative effort with DHS/CISA and has strongly supported providing WPS enrollment assistance to first responders. Bezzant also participated in a short video interview during which he stressed the importance of prioritizing data for public safety. “Tablets, mobile device terminals, whatever form of data that first responders want to use throughout the United States, will have priority data and it does not de-prioritize on the back end. That’s especially important because it works on 5G.”

Bezzant also provided some insight on T-Mobile Connecting Heroes and the reasoning behind the program’s ten-year commitment to provide free, subsidized, and low-cost smartphone connectivity and technology assistance to state and local first responder agencies. “We did research and we looked at where government institutions needed assistance,” he said.

“Far too many times, we saw that there were first responders who did not have the proper equipment or the proper gear to be able to do their job. We want to make sure that every first responder does not have to compromise on budget and has access to the tools that they need to keep America safe.”

Forward-thinking public safety leaders across the country are recognizing that empowering front-line personnel with mobile devices provides increased operational efficiency, improved safety, and more effective community engagement. The sheer utility of a smartphone is a game changer for first responders and the return on investment is quickly realized, especially when agencies are part of the Connecting Heroes program.

You can learn more about how T-Mobile for Government is helping public safety agencies improve operational effectiveness and the Connecting Heroes program designed just for first responders by visiting T-Mobile.com/PublicSafety.

Capable device required for 5G; coverage not available in some areas and may be impacted by emergencies; check your response area. Some uses may require certain plan or feature; see T-Mobile.com. WPS eligibility must be confirmed by USDHS. Functionality for WPS users (including priority access, preemption, and data priority) may not be available while roaming. Completion of calls not guaranteed. Connecting Heroes available to qualifying agencies’ first responder lines; eligibility verified.