Project PEACE- Connecting with the Community Pillar by Pillar

Project PEACE- Connecting with the Community Pillar by Pillar 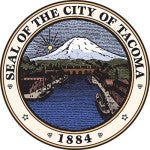 On May 7, 2015, several leaders in the African American community met with city leadership and the Tacoma News Tribune to discuss concerns that the unrest that occurred in other cities could happen in Tacoma.

City leadership is committed to proactively addressing historical and present day sources of distrust and concerns about inequity and racism in the criminal justice system. Project PEACE (Partnering for Equity and Community Engagement), arose out of those discussions. City leadership then convened a planning committee of diverse members to guide the work.

Staff used the Presidents 21st Century Task Force Report as a model in developing the project. The primary focus was Pillar 1: Build Trust and Legitimacy, although the recommendations from community fell into every one of the pillars. 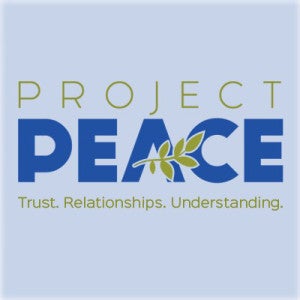 The mission of Project PEACE is to build a foundation of trust between historically marginalized communities and law enforcement. Project PEACE was both a dialogue to understand the issues and a research project to inform Tacoma Police Department’s Strategic Planning Process. Some of the Project’s goals include:

Common themes emerged from the data and were categorized using the six-pillar framework from the President’s Task Force on 21st Century Policing.

Six Community Conversation sessions were hosted. Each session included a discussion of race issues, small break-out groups in which attendees shared their experiences with law enforcement (negatively and positively), and development of recommendations for Tacoma Police Department and the community.

In addition to community members, those involved included staff from the City of Tacoma’s Office of Equity & Human Rights and the City Manager’s Office, police officers, volunteers who served as small group facilitators, members of the Tacoma/Pierce County American Leadership Forum, note-takers, two consultants, and whole host of community members. Commissioned officers of all ranks also participated in the small break out discussions sharing their perspectives with the community.

The Project PEACE final report took all the comments from the Community Conversations and categorized them using the six pillars. Tacoma Police Department’s Chief Ramsdell’s action plan was formatted using the pillars.

Advice for Other Communities

Tacoma’s approach could be replicated by other communities seeking to involve the public in strategic planning. Some lessons learned and thoughts to consider:

The Tacoma Police Department has created several action items from Project PEACE and plans on following them in order to build and maintain better relationships with the community, enhance their policing methods, increase quality of life, and prevent crime and disorder.

This blog post is part of a series highlighting best practices in advancing 21st century policing as part of the IACP Institute for Community-Police Relations (ICPR), particularly those that address recommendations from the President’s Task Force on 21st Century Policing final report. The Institute is funded through the U.S. Department of Justice, Office of Community Oriented Policing Services and the Motorola Solutions Foundation. Learn more about the ICPR.