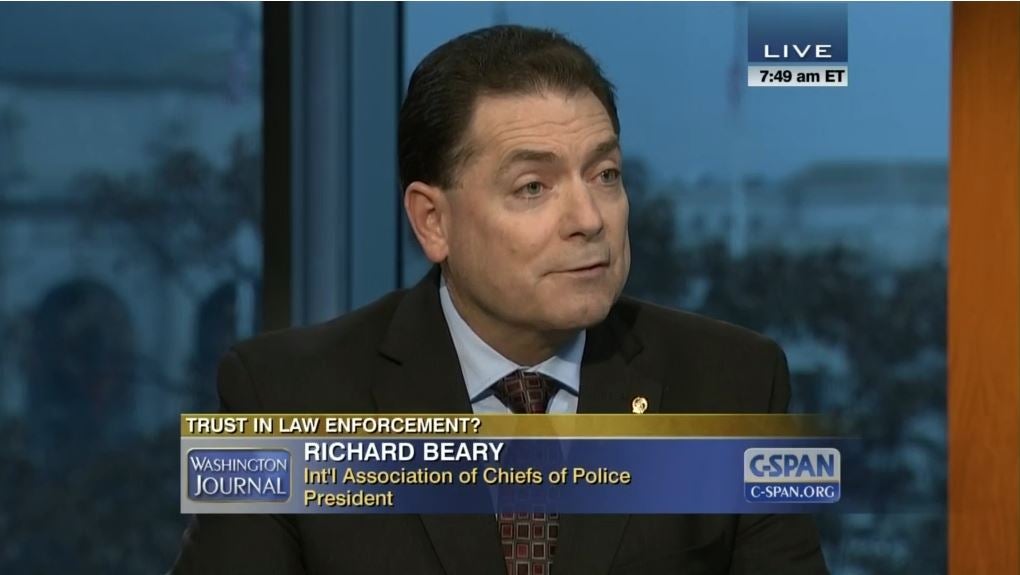 . You can view the interview at the following link: http://www.c-span.org/video/?323085-3/washington-journal-richard-beary-administration-policing-initiatives.