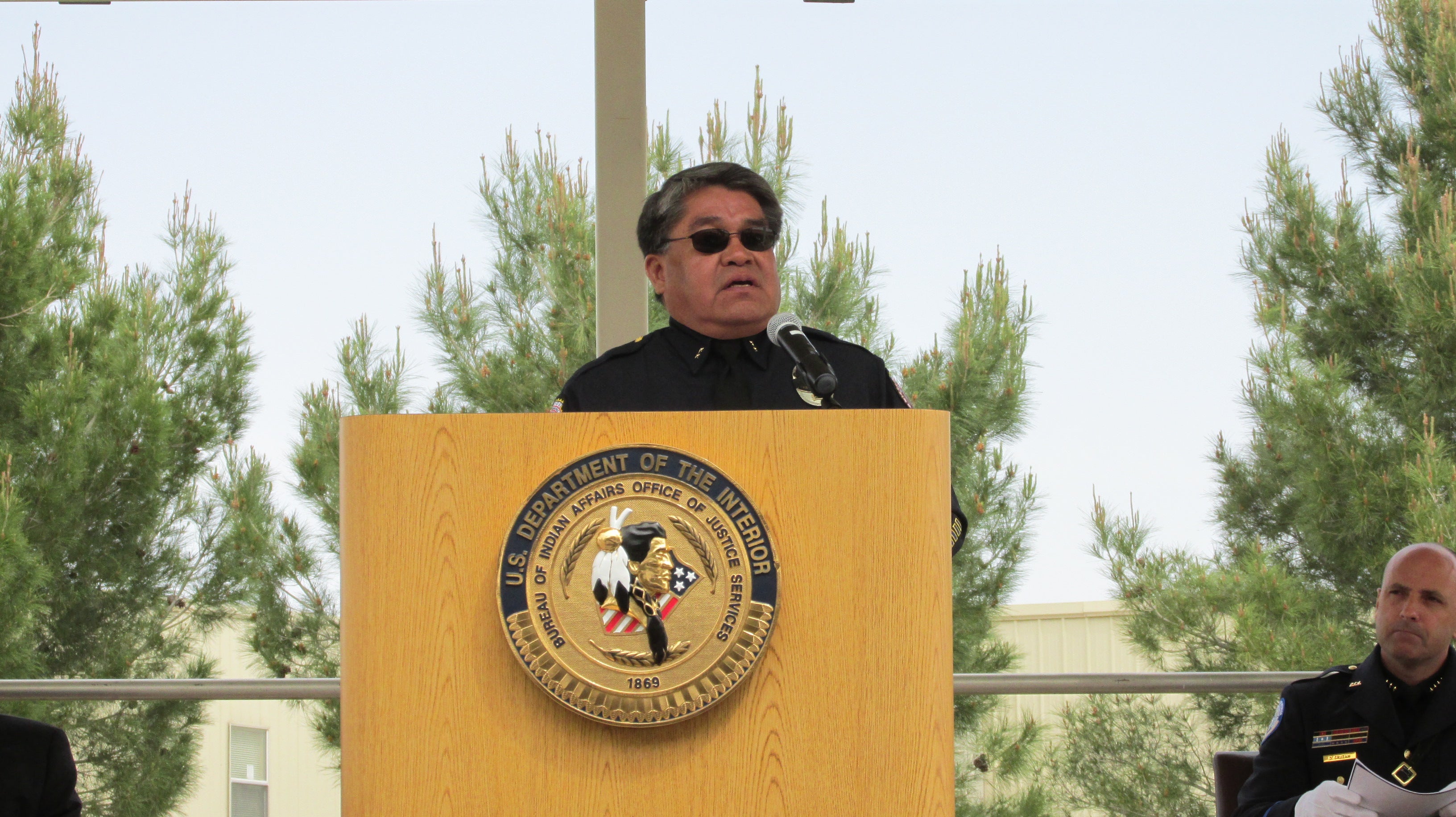 IACP Indian Country Law Enforcement Section Vice Chairman Jesse Delmar, Chief of the Fort McDowell Tribal Police Department, presented remarks on behalf of the Section, greeting the audience in English and his native Navajo language. He provided a brief introduction to the mission and work of the IACP and the Indian Country Law Enforcement Section. Chief Delmar passed on IACP’s condolences to the families of the two officers honored in the service and thanked the families of all of those currently serving in law enforcement for supporting their loved ones in this sometimes dangerous but essential service.

This year, two individuals were added to the Indian Country Officer Memorial, bringing the total number of officers listed on the memorial to 103: IACP Indian Country Section Officer Memorial committee members Jim Molash and Tom Woolworth, both retired from the Bureau of Indian Affairs Division of Justice, presented recognition plaques and traditional quilts to the families of Officer Madole and Sergeant Baron.