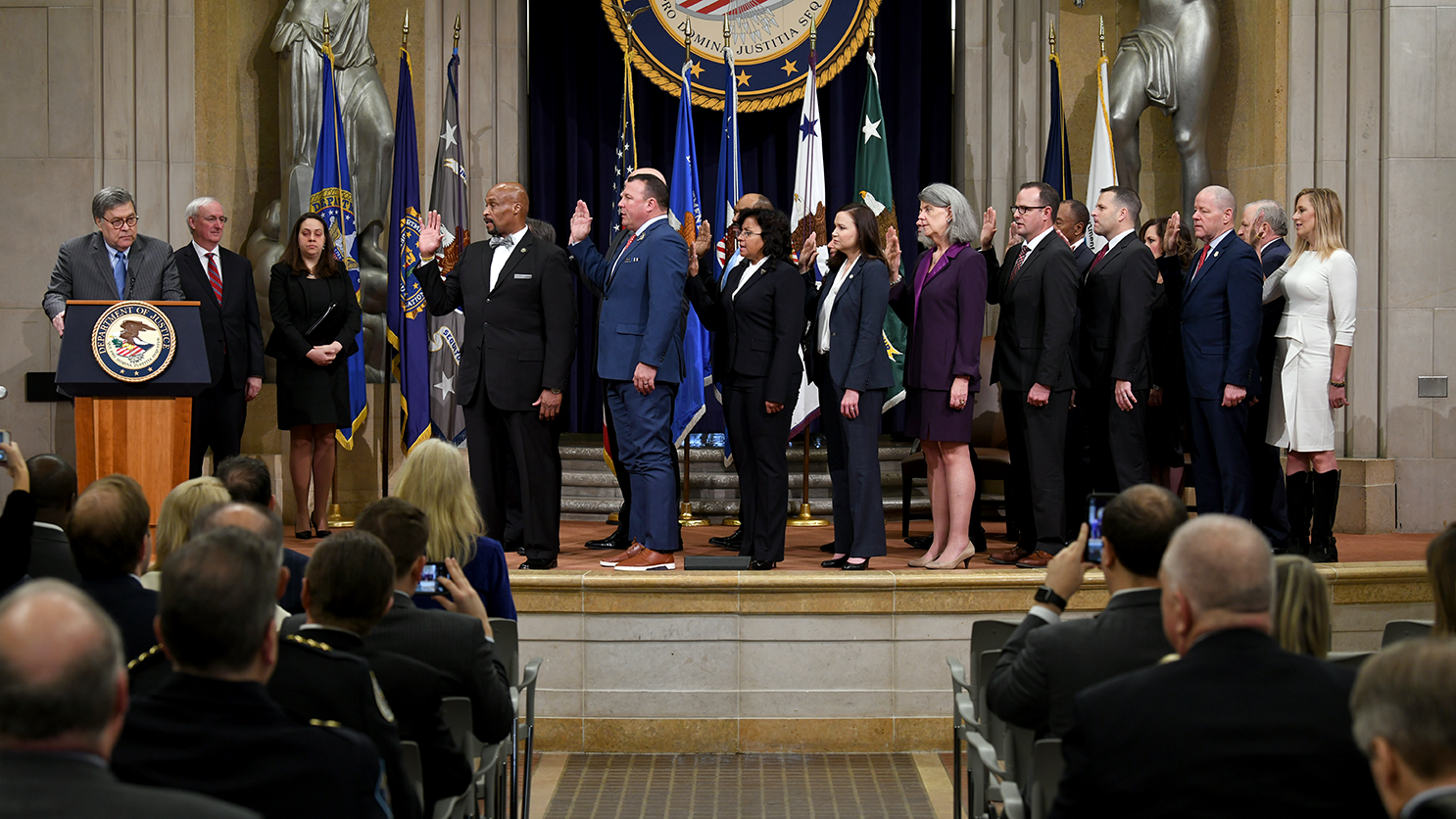 After more than two decades of advocacy, the International Association of Chiefs of Police (IACP) had a front row seat to history this week as the association’s leaders joined Attorney General William Barr on Wednesday as he swore in the 16 commissioners of the President’s Commission on Law Enforcement and the Administration of Justice at the U.S. Department of Justice. This is the first comprehensive commission on criminal justice since the 1960’s.

“This historic Commission was created thanks to close collaboration between the White House, the U.S. Department of Justice, Attorney General Barr, and the IACP and should inspire hope for meaningful criminal justice reform and advancements in the policing profession”, said IACP President Steven Casstevens. “The IACP is honored to have two of our Board Members on this esteemed Commission: South Dakota Secretary of Public Safety Craig Price and the Director of the Tennessee Bureau of Investigation David Rausch. 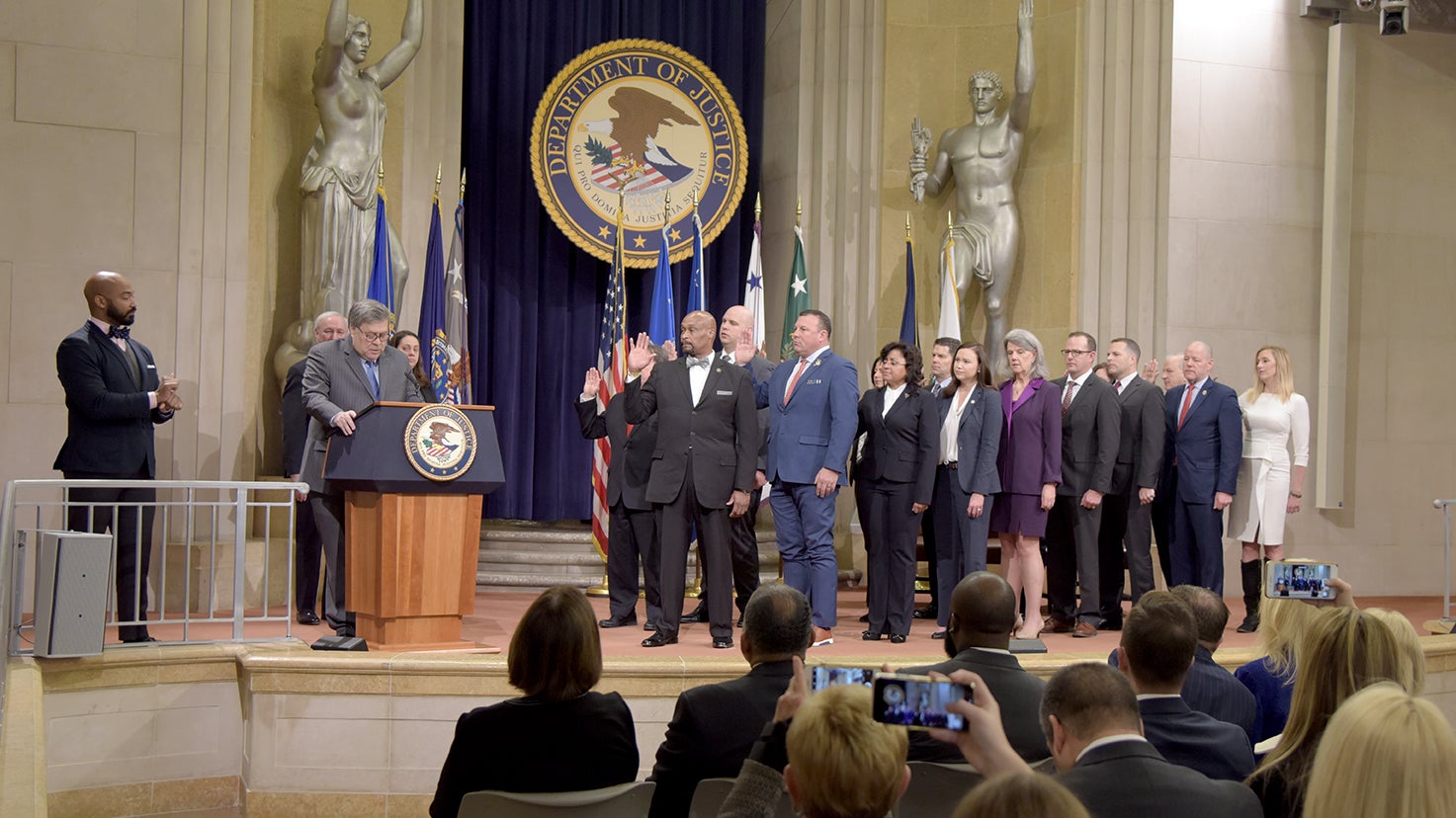 Attorney General Barr stated, “This Commission is critical, not just because it is timely, but also because few careers are more essential to the health and prosperity of our nation than that of law enforcement.”

The Commission is charged with conducting a system-wide, comprehensive review of the criminal justice system, identifying gaps, needs and opportunities, and developing a strategic plan that will guide federal, state, local, and tribal efforts for the next 25-30 years.

Former Boston Police Commissioner and Seattle Police Chief Kathleen O’Toole discussed pressing law enforcement issues of the day at the ceremony, to include the challenging intersection of policing and public health and the need to best position officers to tackle today’s challenges. “Police will always be crimefighters and that should be at the top of our priority list, but of equal importance are these very significant challenges that are taking up the majority of police time.”

President Trump signed the Executive Order establishing the Commission in October at the IACP Annual Conference and Exposition in Chicago, Illinois, before thousands of law enforcement officers.

Commissioners will submit a final report containing its findings to the Attorney General this October who will in turn present it to President Trump. 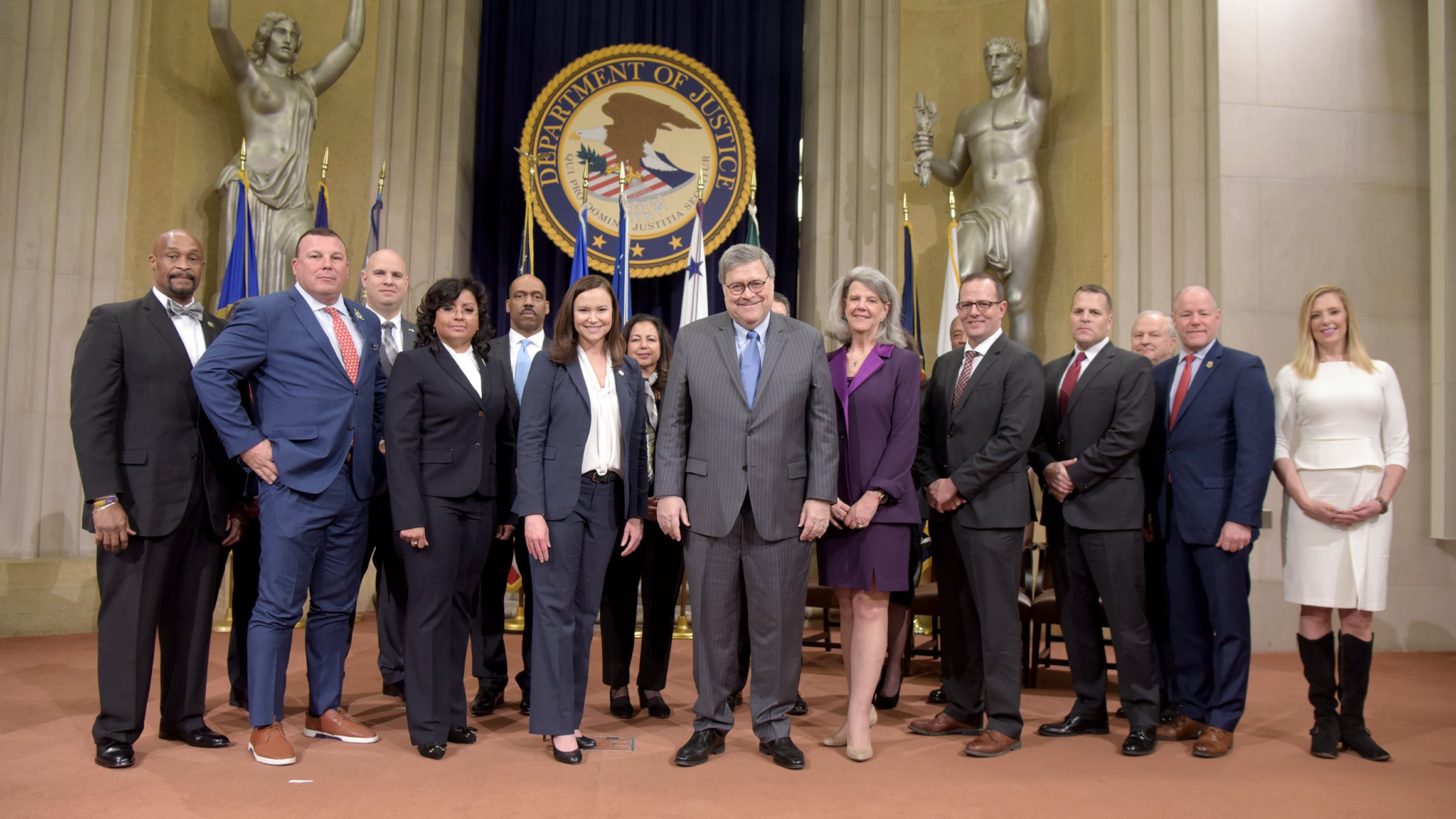