A Dedication to Service: Chief Garone Celebrates 50 years as Chief of Police

A Dedication to Service: Chief Garone Celebrates 50 years as Chief of Police 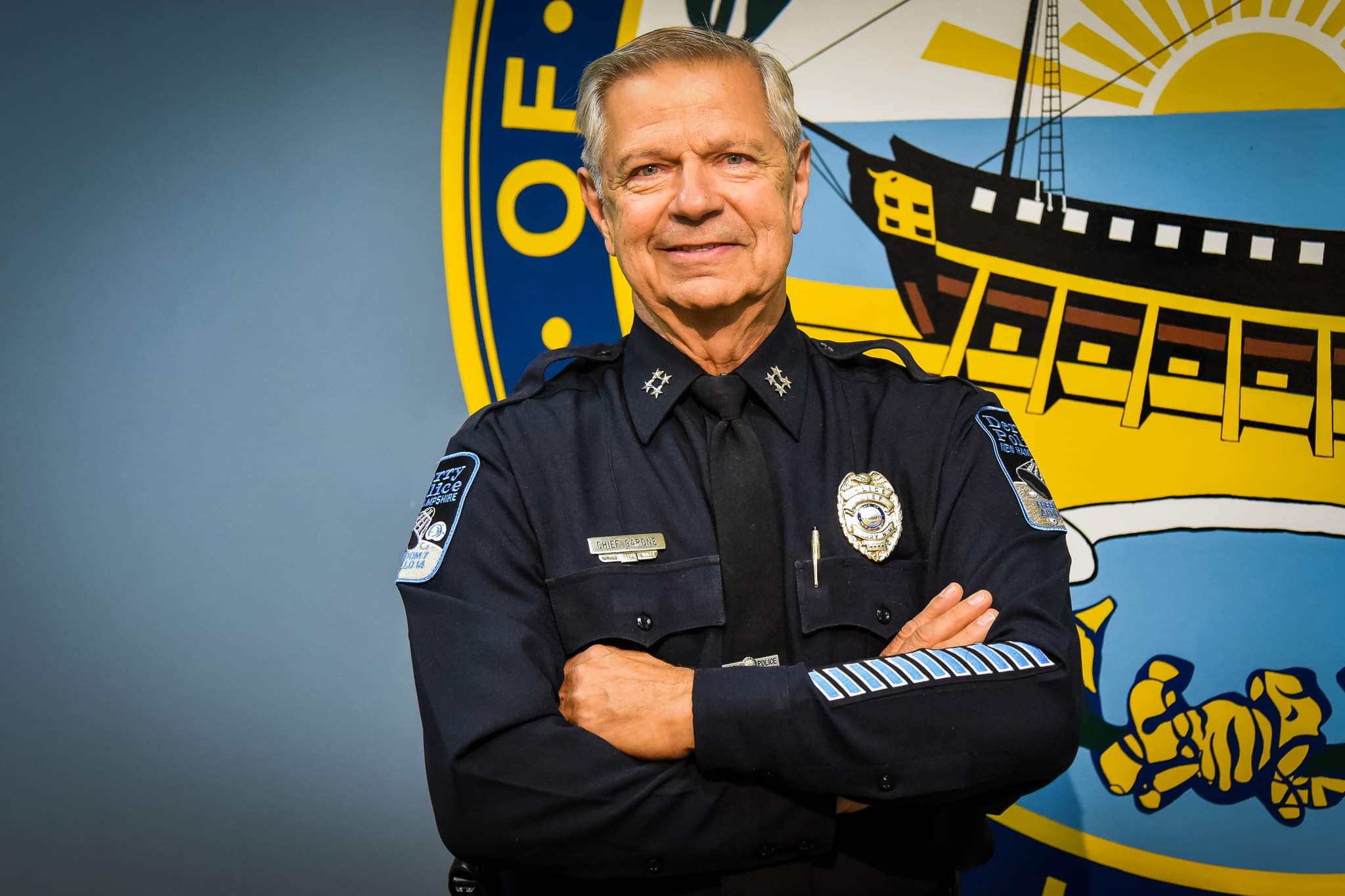 Fifty years on the police force is something to honor. Fifty years as one department’s chief is an even greater feat.

On June 1, 2022, Chief Edward B. Garone will be celebrating his 50th year with the Town of Derry Police Department in New Hampshire.

“To say his life has been dedicated to the service of others would be a tremendous understatement.”
—Chief Patrick Sullivan of the New Hampshire Association of Chiefs of Police.

With the times constantly changing, one might wonder how a chief could last so long in a position. But with his ultimate goal of being fair and equitable—and imagining how he would like to be treated in situations, whether interacting with a suspect or victim or dealing with a labor issue—Chief Garone’s long tenure is not so difficult to understand.

A Vermont native, Chief Garone joined the U.S. Marine Corps in August 1961. After completing boot camp at Parris Island, South Carolina, he served a 16-month deployment in Iwakuni, Japan. Following that deployment, he returned to Camp Lejeune in North Carolina. His three-year tour of duty ended on August 31, 1964.

After completing active service in the Marine Corps, Chief Garone wanted to continue his mission of public service. He returned home to his wife and was sworn in as a police officer on October 15, 1964.

During his time with the Lebanon, New Hampshire, Police Department, Chief Garone rose to the rank of captain. But, after seven and a half years, he set his sights toward larger leadership positions.

It has grown from 20 full-time officers and 7 specialists to 59 full-time officers, 15 civilians, and 4 part-time personnel. He has been the driving force in ensuring the department has the most up-to-date and effective equipment, technology, and training.

The chief has overseen the investigation of various criminal cases, the most prominent being the Pamela Smart case which gained national attention in 1990. Pamela Smart was a former high school media coordinator when she began an affair with 15-year-old William “Billy” Flynn. On May 1, Flynn entered the home of Gregory and Pamela Smart, and Gregory was shot in the head. Although she denied knowledge of the plot, Smart was convicted of being an accomplice to first-degree murder and sentenced to life in prison without the chance of parole.

Chief Garone has been an active member of the New Hampshire Association of Chiefs of Police (NHACOP) since being appointed to chief. He ascended through the chairs and served as president in 1981. Following his presidential term, he became secretary in 1990 and has maintained that role ever since. The NHACOP awarded Chief Garone the Lifetime Achievement Award in 2008.

In 2015, he also received the New Hampshire Congressional Law Enforcement Award for Career Service for his 50 years of outstanding dedication and commitment to New Hampshire law enforcement. He currently serves as a board member on the New England State Police Information Network.

Chief Garone attributes his success to the employees that he has worked with over the years, as well as the agency members’ shared desire to put service above self.

Not only has Chief Garone served the police department with unparalleled community- and civic-minded devotion, but he has also exemplified that passion in various municipal positions, including as interim town administrator for Derry.

He has served on the board of directors in some capacity for the following organizations:

Due to his invaluable service to the Town of Derry and surrounding areas, Chief Garone has been recognized with various awards:

”It’s been a profession and career I’ve enjoyed immensely, and the townspeople have been very supportive of the department for my entire tenure.” —Chief Edward Garone

His tenure of 50 years as chief, with an additional 7 years of service as a police officer, makes Chief Garone the longest serving full-time chief of police in the history of New Hampshire.

Congratulations, Chief Garone, on 50 years of service as chief of police!