A Day in the Life of a Community Policing Unit Sergeant

A Day in the Life of a Community Policing Unit Sergeant

Blog Post
This blog post is part of a series highlighting best practices in community policing by police departments nationwide as part of IACP’s Community Policing: The Next Generation project. The project showcases modern, innovative, and cost-effective solutions to crime problems and public safety issues through collaboration and partnerships between law enforcement and community stakeholders in order to adapt community policing efforts. The project is funded through the U.S. Department of Justice, Office of Community Oriented Policing Services.

There is no typical day for Sergeant Nick Ruggiero. As a police officer with a true community oriented policing mindset, he has no set routine. His watch might include anything from surprise barbeques, to graduation ceremonies, to keeping in touch with citizens in the different sectors. He patrols Old Town Alexandria, Virginia, at night; brainstorms new initiatives and programs with his officers; and is cognizant of those wanted on warrants. The one constant in his work is protecting the people he serves, all on an extremely tight budget. He and 10 officers make up the Alexandria, Virginia, Police Department’s Community Oriented Policing Unit.

The Community Oriented Policing Unit takes part in many programs and initiatives to improve their community’s quality of life. The Unit has orchestrated Cops for Christmas, holiday food drives, National Night Out, and graffiti cleanup around the city. The Unit partners with civic associations and has a tight relationship with the Alexandria Redevelopment and Housing Authority that helps place people in affordable housing across the city. The Housing Authority helps the Unit organize and plan events within the affordable housing sectors. It is through these partnerships that the Community Oriented Policing Unit is able to get the funding and assistance needed to make these programs happen.

Officers at a surprise BBQ thrown by the unit. Photo courtesy of Alexandria, Virginia, Police Department

Developing and maintaining positive, trusting partnerships is Sgt. Nick Ruggiero main focus. He works with the citizens, not just for them. During his patrol shift, he is often approached by residents updating him on their life and their families. One mother proudly told him about her son’s successful high school graduation, and another women asked for his new cell phone number and email and to keep him updated on programs and goings on in the neighborhood and city. Some of the people he speaks with have either been arrested by him previously, or have met him through some enforcement action, yet these people speak positively and happily to him. In most cases, Sgt. Nick Ruggiero prefers not to arrest and instructs his officers to find alternative means to create safe neighborhoods.

Sgt. Nick Ruggiero was an officer with the Alexandria Police Department for 10 years before applying for an assignment with the Community Oriented Policing Unit. He got into the Unit because he wanted to truly help his community and make a difference. 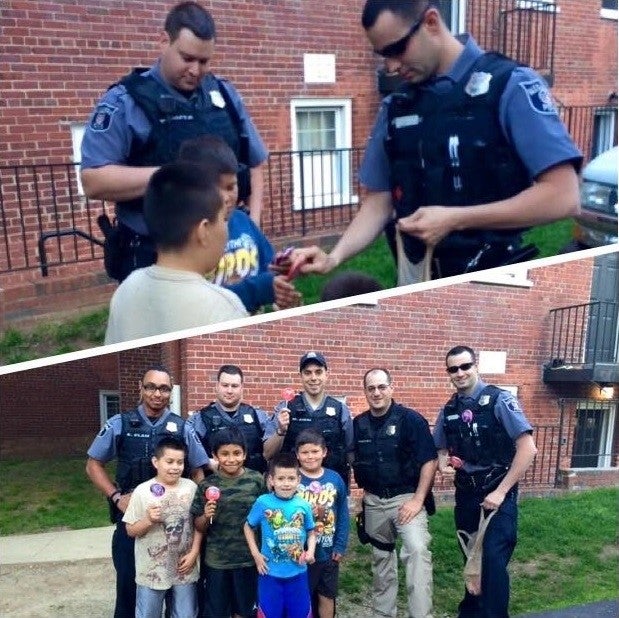 He feels a responsibility to try and change the minds of those who misunderstand or have negative feelings about the police. One of his solutions is to have as many positive non-enforcement interactions with the community as possible. He and his team utilize social media through the Department’s Twitter account and Facebook page to broadcast those positive non-enforcement interactions.
Blog Post
SHARE