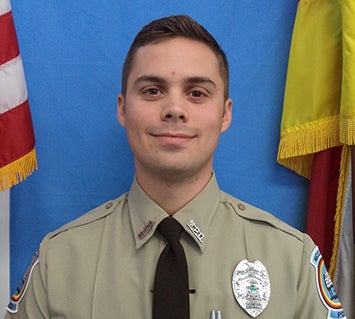 On February 3, 2019, two motorcyclists were involved in a crash with a sport utility vehicle. One motorcyclist, an off-duty City of Miami police officer, tragically lost both legs in the crash; the other motorcyclist sustained such damage that required his leg to be amputated.

Due to Officer De Los Santos’ bravery and courage, he was able to bring critical situations under control and save the lives of those individuals.