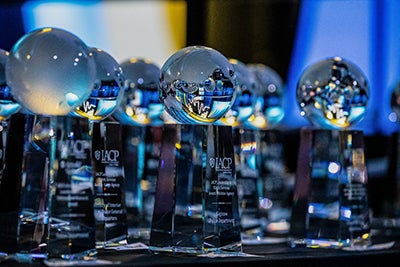 The IACP Leadership in Civilian Law Enforcement/Military Cooperation Award recognizes excellence in cooperation between civilian and military law enforcement agencies. This award highlights the development of innovative joint efforts to improve public safety for both military and civilian communities.

Because of its proximity to the Indian Ocean, the Emirate of Fujairah is no stranger to natural disasters and crises such as seasonal cyclones, seismic activity, and severe flooding. This has led the Fujairah Police General Head Quarters (FPGHQ) to be continuously prepared in disaster and crisis operational procedures. In 2018, heavy rainfall and flooding led the FPGHQ to partner with the Fujairah Crisis and Emergency Management Team (FCET) to coordinate and implement the United Nations created, My City Getting Ready program. To effectively implement the program, the FPGHQ and the FCET have worked closely to create a communications plan, develop innovative solutions, and create focus sessions for strategic planning and evaluating. From their partnership and program, both agencies have learned how to more effectively handle large scale crises, coordinate with each other, increase both community and staff satisfaction, improve their society’s overall sense of security, and minimize the financial impact and loss of life in their community.

The Gaining Unity through Non-violent Solutions (G.U.N.S.) was implemented in the city of Muskegon Heights, Michigan, designed to curb and reduce gun violence. The program enforced community policing strategies by encouraging innovative collaboration between the police and the community. The City of Muskegon Heights Police Department (MHPD) held community-based meetings to hear directly from residents and to understand the challenges the city faces. Through these meetings, MHPD gained support from community stakeholders to address gun violence. The city offered the Guns for Groceries Program, where anyone who turned in a gun during the event received a voucher for groceries. During the 1-day event, more than 250 guns were turned in. MHPD and its partners took a proactive approach to tackling and reducing gun violence. The community-based meetings have grown from 24 to more than 300 participants. Since the start of the program, the city has seen an overall reduction in gun violence.

The City of Shakopee is a growing community of 43,000. The Shakopee Police Department implemented the “Reduce Our Top 3” initiative to focus on the department’s top-reported crimes. The initiative addressed thefts, frauds, and DUIs through building partnerships with community stakeholders and local organizations. The effort to reduce fraud resulted in an ordinance targeting the fraudulent purchase of credit card gift cards. In order to measure the success and effectiveness of the ordinance, the police department sought the help of local high school students to conduct surveys and found nearly a 100% reduction in fraudulent purchases. The second initiative was aimed at reducing DUIs. On days with historically high impaired driving incidents, the police department partnered with local taxi services to provide 394 free rides to residents. The third initiative targeted thefts. The police department created the “Lock It” campaign where officers challenged residents to lock motor vehicles, homes, and garages. As a result of the innovative approaches, the department has seen a positive and measurable impact within their community.

As an active university town that also has a vibrant nighttime economy, Oxford and the Thames Valley Police have experienced an increasing challenge in sex crimes. The cross section of students and frequent out of town travelers has led to many incidences of sexual violence that have attracted media attention and been detrimental on the community’s trust of police. The Thames Valley Police have adapted their current role to include developing crime prevention strategies to protect their community. In June 2019, Project Vigilant was set up to specifically target sexual violence in the community. The program was offender focused and included a variety of tactics such as proactive patrols, covert officers, making stops of suspicious persons, leveraging body worn cameras and surveillance videos, investigating all sexual offenses, supporting victims of abuse, and working with the bars and clubs to help identify and take action against sexual predation. By October 2019, Project Vigilant, along with a strong media campaign, helped reduce sexual assaults by 40% and rape by 60%.

The IACP/Security Industry Association (SIA) Michael Shanahan Leadership in Public/Private Cooperation Award, in honor of the late Chief Michael Shanahan, who served the University of Washington Police Department for 24 years before retiring in 1995 and served as the founding chair of the IACP Private Sector Liaison Committee, seeks to recognize outstanding achievement in the development and implementation of public/private cooperation in public safety. The IACP/SIA Michael Shanahan Leadership in Public/Private Cooperation Award recognizes partnerships between law enforcement agencies and private industries that have collaborated to build community trust and enhance public safety.

In 2019, the Virginia Commonwealth University (VCU) Police and VCU Athletics initiated collaboration with Game Changer to bring together student-athletes, community members, and police officers to identify concerns and develop solutions between communities and police. The program involves utilizing the collegiate, professional, and virtual sporting events as a social, common denominator for the community and police to create a neutral platform for open dialogue. The innovative approach has brought groups together to better understand each other, to acknowledge similarities and differences, and to collectively work together to find long-term solutions for police-community relations.  Game Changer, in partnership with 34 local, state, and federal law enforcement agencies, has over 1,045 unique participants and has conducted 78 training events in 3 states. This partnership model has been replicated and proven to effectively change perceptions and behavior of participating members of law enforcement and community residents.

The IACP Leadership in Victim Services Award recognizes agencies that best exemplify an organizational philosophy of placing victims at the center of their problem-solving efforts by utilizing effective partnerships, training methods, and performance monitoring tools to enhance law enforcement response to victims of crime. Nominees should demonstrate an innovative approach to meeting the needs of crime victims within their communities and showcase a program that has been fully implemented or is in the process of being fully implemented into their agency.

The University of Texas at Arlington Police Department

College students who are victims of crime experience not only the complex aftermath of their traumatic experience but also have the added stress of navigating legal processes. Knowing some of the challenges victims face, the University of Texas at Arlington Police Department (UTAPD) Crime Victim Services (CVS) Unit has developed a unique, tailored approach to providing various services to a wide array of victims. Noted for the diverse student population that it serves, the CVS Unit has worked to be more actively engaged in community coalitions and tasks forces that focus on victim services. The CVS Unit has provided significant support and advocacy by implementing 24-hour on-scene response; accompanying victims to any meetings, appointments, and court proceedings; assisting victims in applying for benefits; and providing referrals for counseling and other mental health services. Since implementation, the CVS Unit has seen a 46% increase in the number of victims served. Throughout the COVID-19 pandemic, the CVS Unit has continued to provide materials to its community and is committed to continuing to educate the student population on victims’ rights and services.

The Flagler County Sheriff’s Office (FCSO) started its Domestic Violence Initiative in 2017 with the goal of building a sustainable and system-wide effort to employ best practices when dealing with matters of domestic violence. A cornerstone initiative was the GPS ankle monitoring program meant to track defendants who represent a significant and ongoing threat to victims. Beyond this initiative, the FCSO has designated one full-time detective to solely investigate and follow up on domestic violence cases, provided victim advocates to victims, and engaged in close collaboration with local agencies and organizations.

Starting in 2016, the Dubai Police’s General Department of Human Rights has implemented the “You Are Not Alone” program, which has expanded their operations in human trafficking prevention and victims’ services to the most vulnerable women, children, and laborers in the United Arab Emirates. This initiative utilizes a diverse staff of police officers and other experts in human trafficking to implement security, legal, financial, social, and mental health services to help victims of human trafficking. The program has an innovative approach using technology and has created several smart apps and a 24/7 hotline for victims. Other components of the program include virtual training opportunities, collaboration with the United Nations Office on Drugs and Crime, community education through cartoons and brochures, more child-friendly interviewing rooms, and MOUs with various partners throughout the criminal justice system to target human trafficking.