Over the next several weeks, the International Association of Chiefs of Police will recognize the 2018 IACP Leadership Award Winners, who have made meaningful contributions to both their communities, and law enforcement as a whole. Their achievements are representative of the incredible leadership displayed by police organizations across the globe.

IACP/3M Leadership in Looking Beyond the License Plate Award

The IACP/3M Leadership in Looking Beyond the License Plate Award recognizes the dedication and initiative of individual police officers whose daily efforts during traffic stops play a large part in preventing additional, more severe crimes. This award is designed to substantiate and document the importance of license plates as law enforcement tools and recognize officers who use license plates to prevent and detect both civil traffic violations and further criminal conduct.

While on routine patrol, Officer Caitlyn Crutchfield and Officer Erasmo Garcia took the initiative to perform random license plate checks using their on-board computer system. While performing these checks, they received a stolen vehicle warning. Officers Crutchfield and Garcia requested backup and initiated a felony traffic stop. Upon review, the Officers learned that the vehicle was taken during an aggravated robbery in which the suspect used a handgun to forcibly take the vehicle. After inspecting the vehicle, Officers found a handgun stored in the driver’s side door compartment – the handgun was within arm reach of the suspect as Officers initiated the traffic stop. The suspect was also the prime suspect in an open murder investigation. The handgun found in the vehicle matched the weapon used in the murder.  Officers Crutchfield and Garcia’s actions in this instance looked beyond the license plate and resulted in the closure of violent felonies. 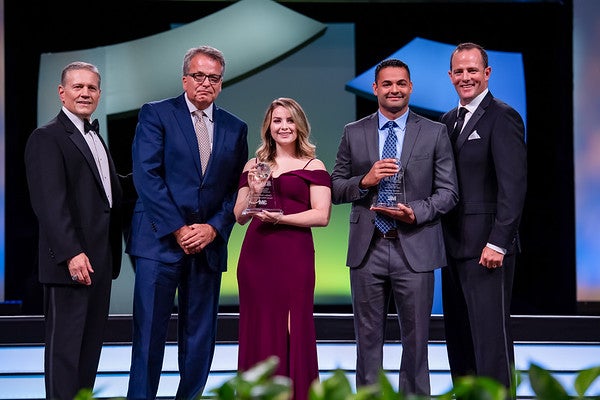 The Michigan State Police Aviation Unit provides exceptional service by making it easier for officers to access aviation assets, expanding the mission set of the Aviation Unit, educating law enforcement professionals around the state, embracing new technology, and providing well-trained and properly-equipped air crews for assignments. This is accomplished by using a mix of experienced schedulers, maintainers, pilots, Unmanned Aerial Systems (UAS) operators, and Tactical Flight Officers (TFO). The MSP Aviation Unit is the first police agency in the country with the capability to transmit live video images via satellite to a secure internet connection to internet enabled devices. Their UAS program was the first with a statewide Certificate of Authentication (COA), the first to gain approval to operate in Class B, C, and D Airspace, and the first to operate two flyers with ‘in air replacement’ capability. The MSP Aviation Unit’s safety record is unmatched, and they are a leader in terms of UAS mission utilization. 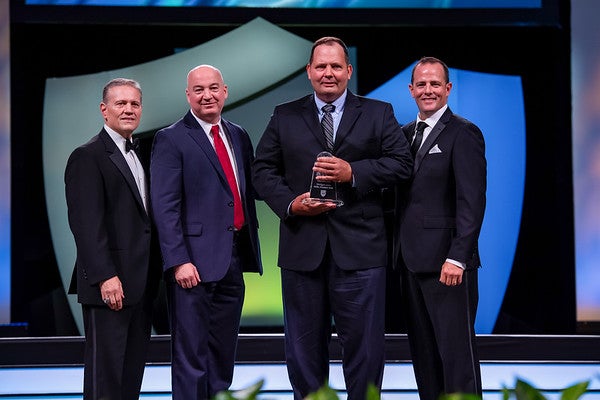 Senior Police Officer and Air Support Safety Officer Cory Frank has been a dedicated member of the Houston Police Department Air Support Unit in Texas for the past 26 years. The Air Support Division is a valued resource of the Houston Police Department, as it supports ground units in search-and-rescue and traffic control year-round. The aircraft and equipment used to complete the missions are extremely technical and require a dedicated Safety Officer to oversee the Unit’s safety practices.  Officer Frank plans, implements, and coordinates safety and environmental programs in accordance with written regulations, procedures, and policies. Officer Frank has served in the Safety Officer position for the past nine years. Recently, the Air Support Unit received recognition from the Helicopter Manufacture MD for over 200,000 flight hours without any aircraft accidents. This is a direct reflection of the safety oversight and guidance provided by Officer Frank. Senior Police Officer Frank is highly respected and accomplished, with over 4,000 hours as pilot in command, and has received many accolades from his peers and supervisors. 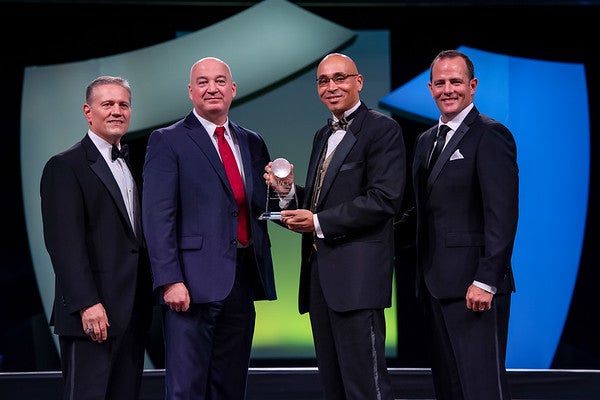 The IACP J. Stannard Baker Lifetime Achievement in Highway Safety Award honors the late J. Stannard Baker, who made significant contributions to highway safety. Mr. Baker served as Director of Research and Development at the Northwestern University Traffic Institute (now the Center for Public Safety) for over thirty years. During that time, he focused on the causes of traffic crashes and the techniques of collision investigation and reconstruction. He was known throughout the world as the “Father of Accident Investigation.” Mr. Baker’s groundbreaking textbook, Traffic Accident Investigation Manual, is the worldwide standard.

Law Enforcement Liaison Supervisor Scott Kristiansen has worked in traffic and highway safety for over 30 years. During his ten years leading the Buffalo Grove, Illinois, Police Department’s Traffic Unit as a sergeant, he updated department enforcement policies and began working with highway engineers to address crash patterns. After Kristiansen’s retirement, he worked with police departments on highway safety grants and took over as Director of the Illinois Traffic Safety Challenge program. He was appointed to the Illinois Association of Chiefs of Police Traffic Committee, serving as a member for over ten years and Vice Chair for two years. On his own time, Kristiansen has coordinated over 50 Traffic Safety "How-To" seminars, sharing his ideas and experiences with hundreds of law enforcement professionals throughout the state. 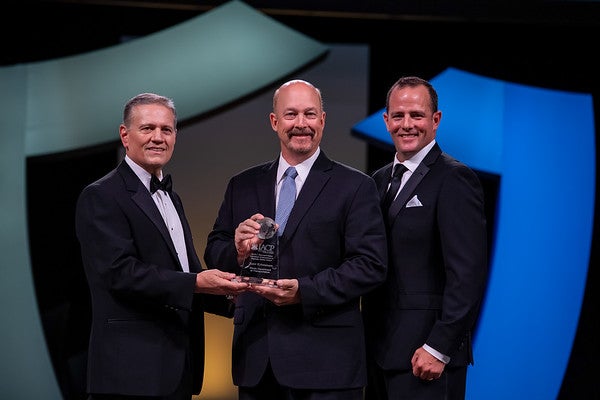 Colonel Tracy Trott (Ret.), has served the Tennessee Highway Patrol since 1978 in assignments at all levels of the organization. As Colonel, Trott placed an emphasis on DUI enforcement, safety belt usage, and hazardous moving violations. As a result, Tennessee saw fatality rates fall lower than they had been in 50 years. His commitment to proactivity with enforcement efforts played a substantial role in this reduction in fatalities and, under his leadership, the department developed a lifesaving predictive analytics software program for vehicle crashes. Additionally, Colonel Trott has shared his knowledge and passion for traffic safety throughout the United States and beyond making meaningful contributions to the law enforcement profession. 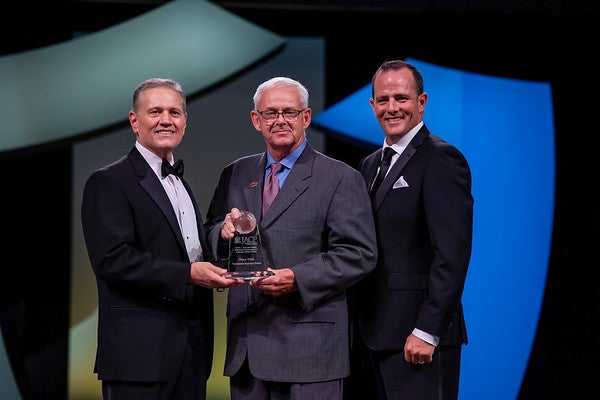