The goal of this award is to promote the establishment of effective partnerships among law enforcement agencies and researchers. 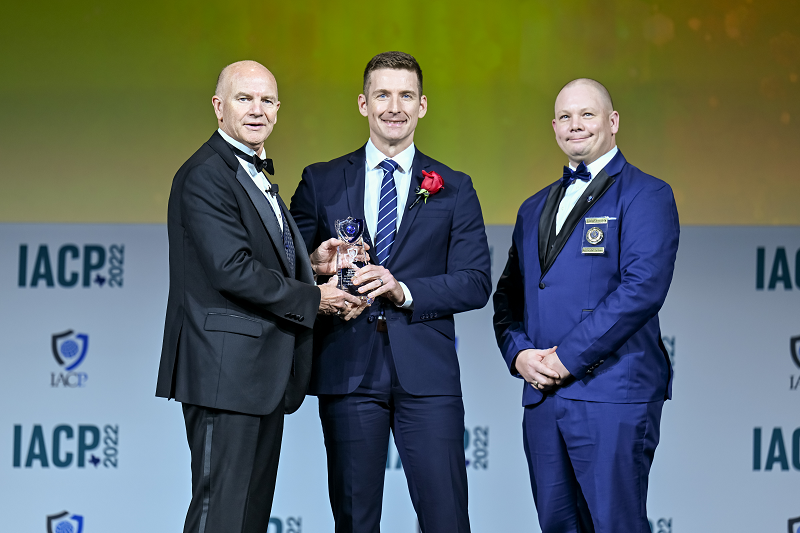 The Kansas City Police Department (KCPD) has a history of innovation spanning over 50 years, beginning with the famed Preventive Patrol Experiment. This progressive viewpoint helped KCPD identify Risk-Based Policing (RBP) as a viable crime-fighting strategy to reduce violent street crime. Based on their research into Risk-Based Policing, KCPD formally partnered with the Rutgers Center on Public Security (RCPS) to design and implement its own Risk-Based Policing Strategy.

Risk-Based Policing's uniqueness is evident when contrasted with reactive tactics (e.g., directed patrol, zero tolerance) that use a little more than stops or enforcement data as outcome metrics. This helps reverse policing's tendency to over-rely on enforcement; instead, RBP seeks harmony between prevention and response.

The RBP implementation strategy was designed to be easy for all involved to promote buy-in and success of department members, and the broader strategy. As for the strategy itself, RBP helped KCPD lead collaborative problem-solving with teams inside and outside KCPD, such as municipal departments, non-profits, and non-governmental organizations. The strategy's results speak for themselves, but practitioners can find confidence knowing effective crime reduction and prevention is not only feasible, but also attainable, through RBP.

Under the direction of Program Development Coordinator, Dr. Staci Yutzie, the Oregon Department of Public Safety Standards and Training (DPSST) began revising the 16-week (640-hour) Basic Police program curriculum. DPSST is the State of Oregon's sole certification body for police officers, and Basic Police is one of the nation's few centralized programs. Dr. Yutzie has overseen a shift in focus to the knowledge and skills leading up to the use of tactical skills. This approach emphasizes a better understanding of the impact of what an officer brings into the encounter, while also showing how intentional use of interpersonal skills can mitigate the need for tactical and force-related skills. Incorporated topics include emotional intelligence, implicit bias, research-based communication skills, legitimacy, and procedural justice. In addition, incorporating the science of learning into the revised curriculum, moving from the traditional PowerPoint training model to a facilitated, interleaved, spaced and variable training model. 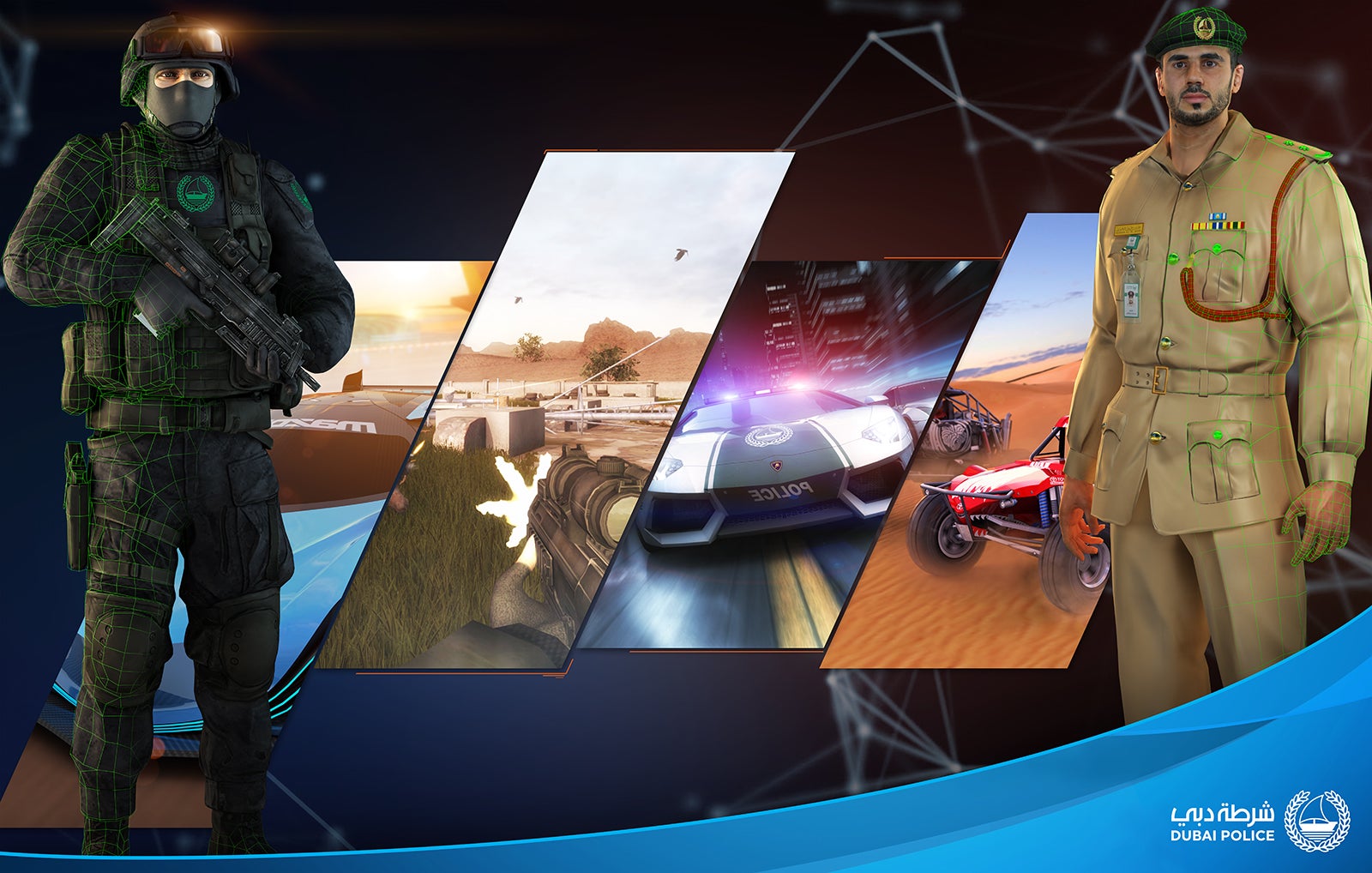 To address the differences in learning and technology that has developed over recent years, the Dubai police in partnership with the Khalifa Empowerment Program – Aqdar have conducted an innovative implementation and evaluation of virtual training as an alternative to traditional field training. The Dubai Police were interested in increasing retention of information, decreasing cost of implementation, and bringing more advanced methods to the policing profession. The partnership began with researchers studying training in traffic accident investigations to pilot a virtual training program. A field study was done to gain greater understanding of the investigation process and identify current problems facing current training within the department. Next, the researchers conducted a pre- and post-test experiment to determine suitability and impact of virtual training on novice and experienced traffic accident investigators. The findings suggest that there is a statistically significant improvement in the performance of both novices and experienced investigators who were trained using the virtual training compared to those who were not. Results helped identify focuses of the traffic accident investigators and acceptance of the new technology as a learning tool. Positive results have led to the implementation of a similar virtual based training in crime scene investigations.

Since Hurricane Katrina devastated the city of Gulfport, Mississippi, the Gulfport Police Department (GPD) has experienced recruitment challenges. GPD began questioning how the agency would sustain its workforce and called for a more proactive and studied approach to recruitment. GPD initiated a partnership with The University of Southern Mississippi’s (USM) School of Criminal Justice to examine officer recruitment and retention. Meetings were held and designed to strengthen researcher-practitioner partnerships between the university and local police leaders. The goal was to infuse the university’s criminal justice program with officers within the courses. Conversely, students from the university participated in newly formed internships and job-shadowing experiences, which allowed students and police officers to form professional relationships for a realistic job preview. The GPD and USM quickly developed a “clinical partnership” where students could see the material they were studying come to life in the form of policy and process. The students gained mentors and GPD command staff gained an advocate as USM referred students who could assist with research and evaluation.

The Charlotte-Mecklenburg, North Carolina, Police Department (CMPD) and the University of Chicago Center for Data Science and Public Policy closely coordinated for three years to build and deploy the first data-driven Early Intervention System for police officers. Connected through the White House Police Data Initiative, an effort to bring together law enforcement and technologist to use data to improve policing, CMPD provided data, subject-matter expertise, and web development, while  provided machine-learning expertise. This project demonstrated a sophisticated use of data, science, and technology while addressing one of the most difficult problems for law enforcement – identifying and correcting problems in performance before they occur.

The Arlington Police Department and the Walmart Corporation, collaborated to form a new initiative called, The Walmart Restorative Justice Program. As overall crime rates in Arlington, Texas decreased annually from 2010 to 2014, some specific areas increased. Theft was on the increase and a large portion included the number of shoplifting occurrences at the three Walmart stores within Arlington. To affect the crime trend, from a public/private approach, Assistant Chief Kolbye engaged Walmart Corporation and collectively initiated and implemented a multifaceted plan of action that would change both the police department’s and Walmart’s philosophy on crime prevention. The “Walmart Restorative Justice Initiative” focused on rehabilitation and improving long-term behavior of offenders to reduce recidivism rates. This program was so successful that is has been implemented in over 1,000 other Walmart stores and continues to grow. Thus, creating a blueprint for other law enforcement agencies to use as they partner with Walmart to address the shared concerns of excessive resource hours and time spent on calls for service.