The IACP Leadership in Volunteer Police Service Programs Award recognizes programs from around the world that demonstrate innovative, effective practices for augmenting sworn or civilian staff and/or improving service delivery to their communities through the effective use of volunteers. Established in 2003, the goal of the award program is to recognize the value that volunteers provide policing. This award promotes leadership among law enforcement agencies to develop and implement creative and effective law enforcement volunteer programs that utilize sworn volunteers or non-sworn volunteers as community ambassadors to build relationships and to prevent, investigate, and fight crime in communities. Programs recognized by this award are seen as “best practice” models which can be replicated and tailored to help better address the challenges faced by law enforcement agencies throughout the world. 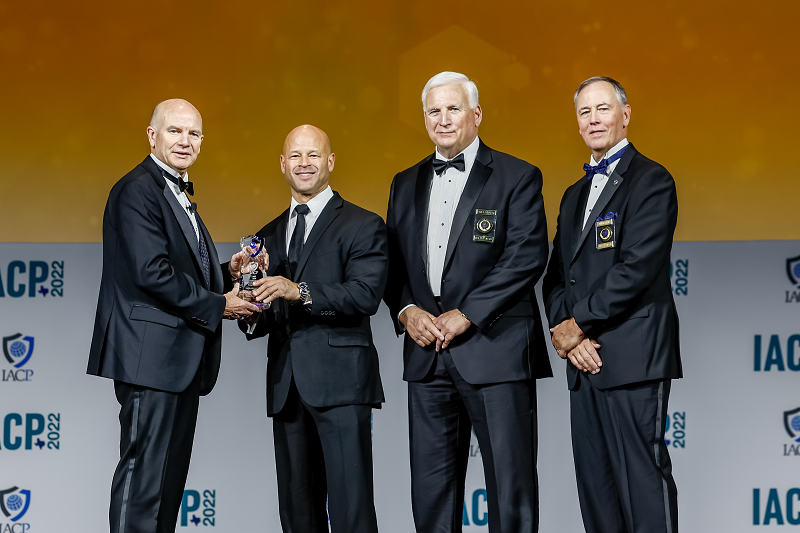 The standards and practices of the Dallas Police Department (DPD) Reserve Unit are recognized as some of the best in the county. The DPD Prostitution Diversion Initiative, recognized nationally as one of the best diversion programs in the nation, has had Reserve Officers as an integral part since its inception. A member of the Reserve Unit established Tactical Emergency Medical Services Standards as a member of the United States Attorney General’s Officer Safety and Wellness Working Group. During the last five years, Reserve Officers have contributed over 88,000 hours to the City of Dallas, leading to labor cost savings equivalent of 4.8 million dollars.

The Eden Prairie Police Department Reserve Unit was established in 1973, just months after the founding of the department. The Reserve Unit is comprised of approximately 20 adults who assist sworn officers by performing community service tasks and non-criminal police functions. They provide a friendly face in the community, responding to community service calls including car lockouts, animal control, traffic direction, and minor medical issues. Several keys to its success include providing Reserves with a full complement of high-quality uniforms, extensive training on everything from taser use to de-escalation, appreciation events hosted by the department, and opportunities for advancement within the Unit. The Eden Prairie Reserve Unit has also taken an active leadership role in the Reserve Traffic Direction School held annually for Reserves from departments across the Twin Cities. The longevity of the program and its ability to maintain approximately 20 Reserve officers year after year is evidence that the Eden Prairie Police Department's Reserve program is not only accepted but also seen as a critical part of the organization. 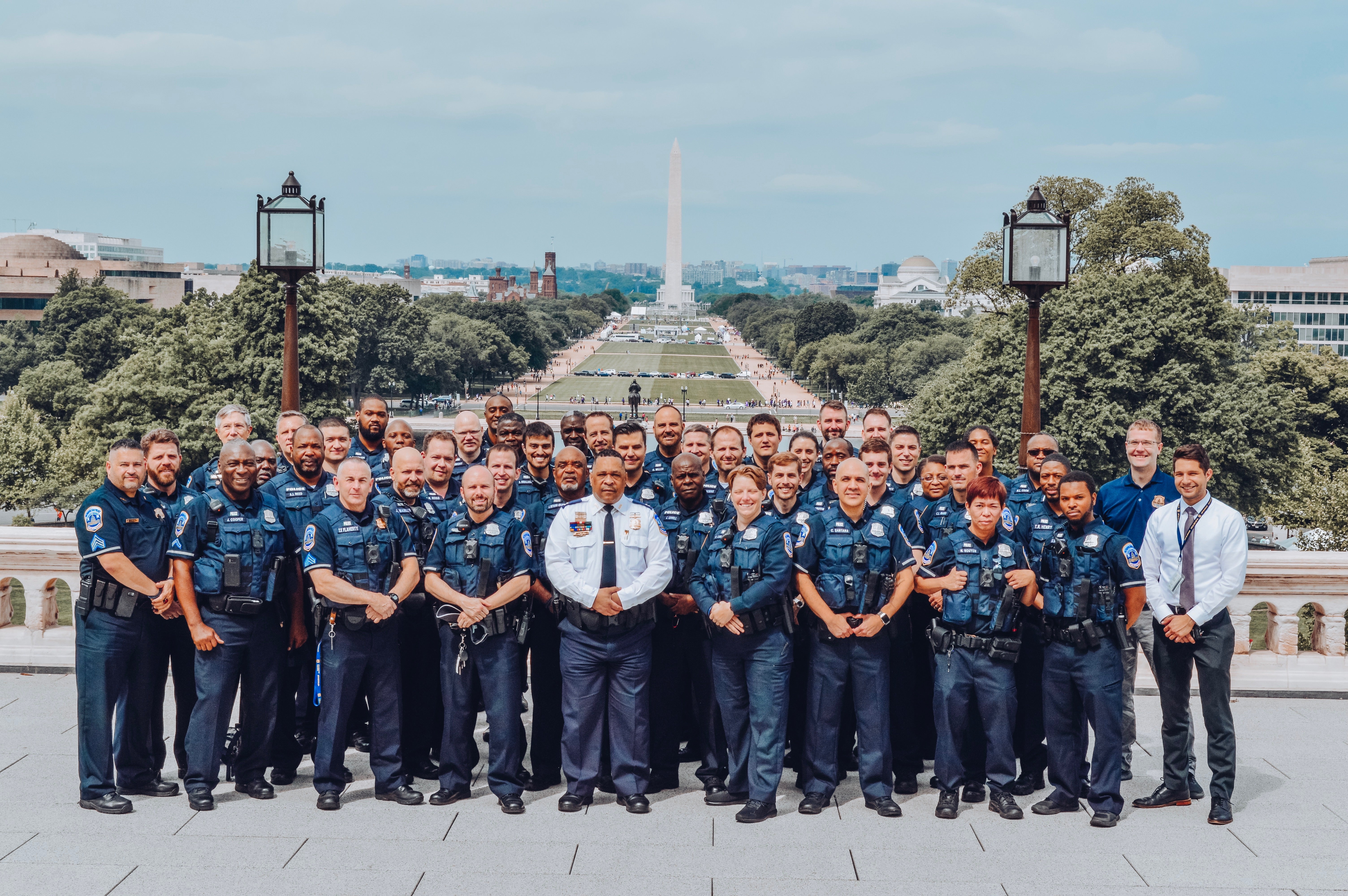 On May 17, 1918, the Commission of the city of Phoenix formally recognized and established the Phoenix Police Reserve. Members of the police reserve were vested with all the powers and responsibilities of regular police officers. In 1941, the Phoenix Police Reserve evolved into the Phoenix Civil Defense Special Police, as a part of the United States’ preparations for World War II. Beginning in the 1950s, special police officers began to be referred to as reserve police officers. The Reserve Division is now one of the Phoenix Police Department’s (PPD) six major operational divisions. Over the last several years, the PPD has significantly enhanced its reserve police officer organization by infusing substantial resources and career personnel, through creative marketing and recruitment campaigns, and by fully utilizing reserve officers in daily operations and specialty details. These full-authority peace officers work independently as patrol officers, motorcycle officers, detectives, and helicopter pilots, and in many other specialty assignments throughout the agency. Last year, PPD’s reserve officers donated more than 36,000 hours of police services and made extraordinary contributions to the public safety of their community.

The Orange County Sheriff’s Office (OCSO) Reserve Deputy Program, developed in 1964, has demonstrated exemplary leadership in law enforcement, volunteering a collective 26,303 hours in 2017. As the fifth largest county in Florida, Orange County hosts a resident population of nearly 1.2 million, Walt Disney World, Sea World, Universal Studios, and the second largest convention center and university in the United States. The Reserve Deputies participate in uniform patrol, enforcement details, continuing education training, and community events to support the work of OCSO. This program has made a positive impact in hurricane relief, school security, suspect apprehension, traffic safety, community relations, and life-saving measures. The Orange County Sheriff’s Office Reserve Unit members show an unwavering commitment to duty, to the Sheriff’s Office, and to members of the community to make a difference in Orange County.

The Sarasota Police Department’s (SPD) Volunteer Program was established at the end of 2001. The roots of the program stemmed from the need to have more neighborhood crime watch participants. At that time, about two dozen volunteers made up the entire program. Since then, the community and department needs have evolved immensely. The city not only needed the SPD to be more visible, but also improve on their communication with the public through positive interactions with business owners, visitors, and residents.

Around 2012, the SPD was facing a large amount of negative exposure in the media which, in turn, led to overwhelming public mistrust. The public’s refusal to speak with local officers coupled with their unwillingness to assist the SPD at risk of their own personal safety created profound tension. Something needed to be done to improve the relationship.

Under the direction of a newly installed Police Chief Bernadette DiPino, the BLUE + YOU initiative was born. The goal of the initiative was simple: work towards building partnerships with community leaders by getting officers and volunteers to interact on many levels with citizens and to make the community a safer place to visit, live, and work. The hardest part would be finding willing participants to help carry out this vision.
Participants fell into three categories:

• Neighborhood crime watch/patrol members (equipped with marked civilian patrol vehicles; acting as a second set of eyes and ears to the PD)

• Ambassadors carrying informative brochures, maps, and tablets as they work to engage the local businesses, citizens and visitors to the City of Sarasota.

Chief DiPino made the decision to hire a full-time Volunteer Coordinator to focus on recruiting the right volunteers for the right positions. Many volunteers came to SPD as a direct result of attending a Citizen’s Police Academy. Others found open positions through sites like VolunteerMatch.org and through SPD’s partnership with the local YMCA mentoring program.

Thanks to Community Policing efforts overall crime is down in the city and public trust has increased. And, through public recognition there has been a rise in business support and financial donations to the program.

The Port St. Lucie Police Department’s Volunteer Program compliments law enforcement services in one of the fastest growing cities in Florida. Focused leadership is at the helm of the program as volunteers are open to change and creating unique programs that will aid in meeting the needs of the community. Since the incorporation of the Port St. Lucie Police Department in 1961 it has had numerous community-minded citizens assist the agency. In May 1995, the agency officially implemented a volunteer program.

In the first year, more than 90 volunteers donated 9,000 hours of their time to assist with ancillary support services such as: updating equipment and inventory purchasing, providing clerical assistance in the Records Section and patrolling waterways with the Volunteer Marine Patrol. Since 2007, the agency has added programs such as: an additional Community Patrol, the Volunteer Response Team and Volunteer Park Patrol joining the established Crime Watch Patrol, Community Patrol, Parking Enforcement, Courier Service and Criminal Investigative Aide. Throughout 2016, the Port St. Lucie volunteers contributed 11,659 hours that saved the city approximately $274,686.

The Port St. Lucie Police Department has developed an efficient volunteer system where volunteers are regularly assessed and evaluated. The Volunteer Coordinator uses input from active volunteers, civilian staff, and sworn officers to improve tactics and make any necessary adjustments in volunteer contributions. Volunteers are recognized with monthly, quarterly, and annual awards. A good indicator of program success is the expansion of duties entrusted to the volunteers and the number of individual volunteers and community patrol hours provided.

The Port St. Lucie Police Volunteer Program continues to serve the department by helping them reach their goals and objectives with the hard work and dedication of the surrounding community.