The IACP Leadership in Victim Services Award recognizes agencies that best exemplify an organizational philosophy of placing victims at the center of their problem-solving efforts by utilizing effective partnerships, training methods, and performance monitoring tools to enhance law enforcement response to victims of crime. Nominees should demonstrate an innovative approach to meeting the needs of crime victims within their communities and showcase a program that has been fully implemented or is in the process of being fully implemented into their agency.

The University of Texas at Arlington Police Department 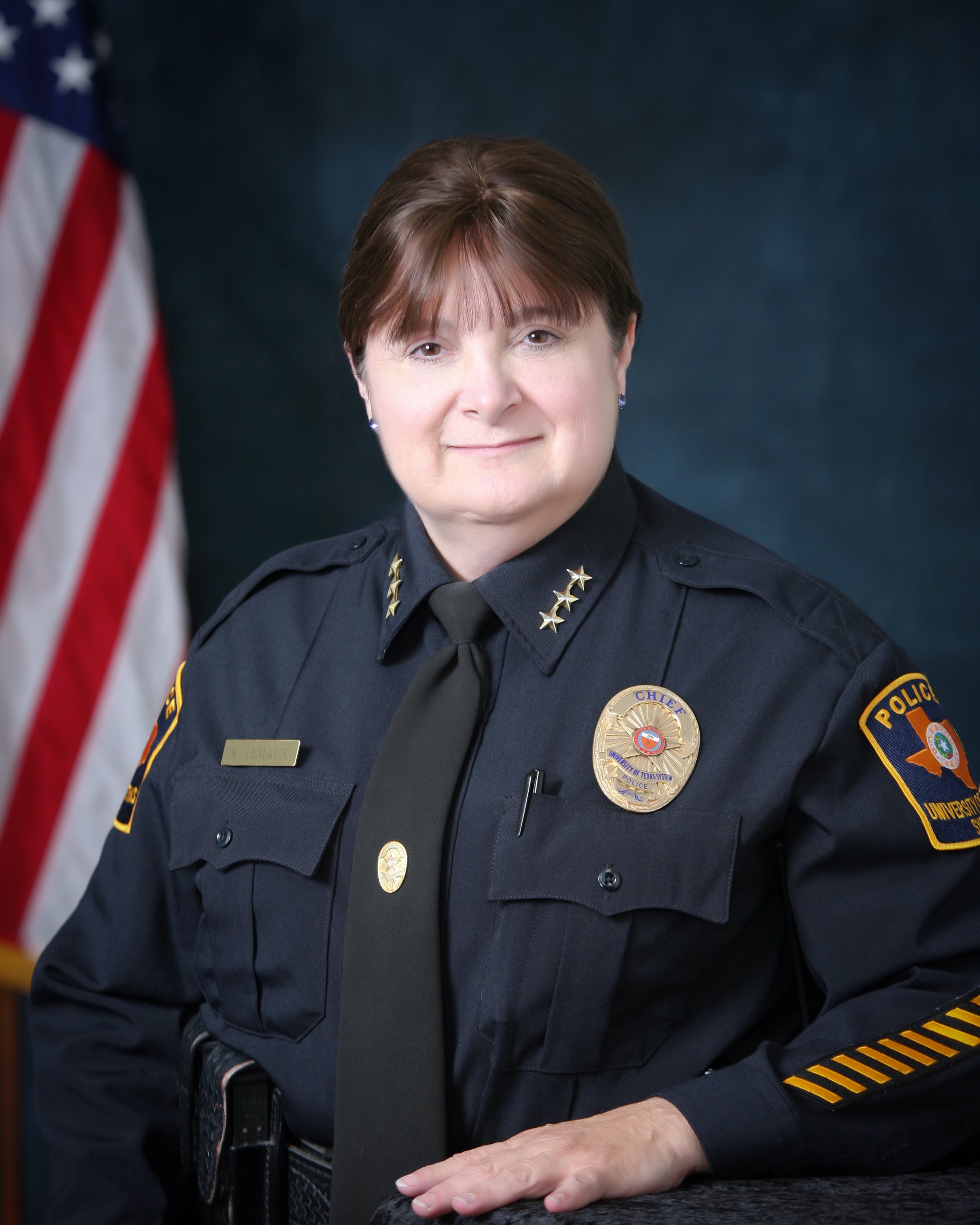 College students who are victims of crime experience not only the complex aftermath of their traumatic experience but also have the added stress of navigating legal processes. Knowing some of the challenges victims face, the University of Texas at Arlington Police Department (UTAPD) Crime Victim Services (CVS) Unit has developed a unique, tailored approach to providing a wide-array of services to a wide-array of victims. Noted for its diverse student population that it serves, the CVS Unit has worked to be more actively engaged in community coalitions and tasks forces that focus on victim services. The CVS Unit has provided significant support and advocacy by implementing 24-hour on-scene response; accompanying victims to any meetings, appointments, and court proceedings; assisting victims in applying for benefits; and providing referrals for counseling and other mental health services. Since implementation, the CVS Unit has seen a 46% increase in the number of victims served. Throughout the COVID-19 pandemic, the CVS Unit has continued to provide materials to its community and is committed to continuing to educate their student population on victims’ rights and services. 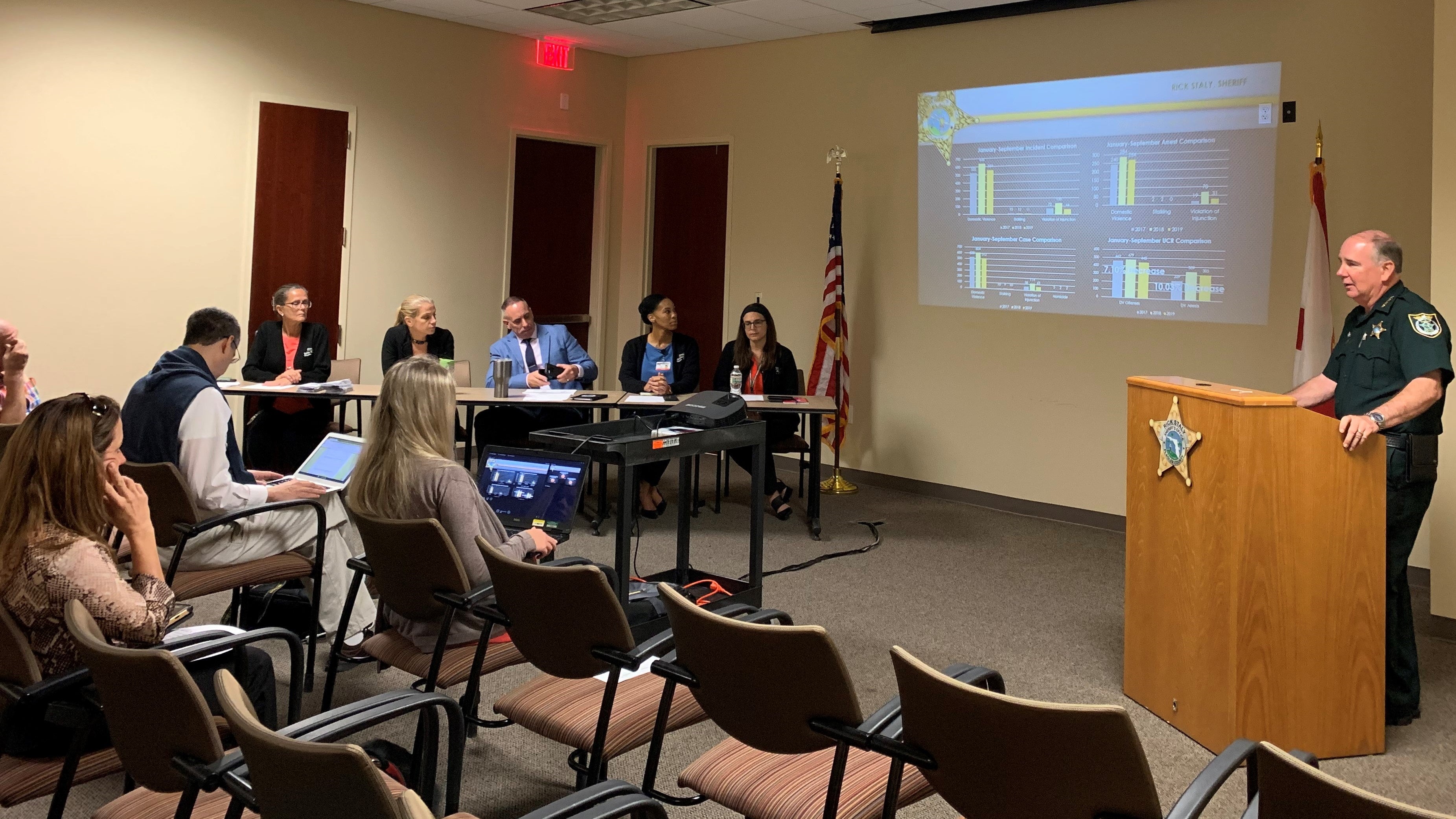 The Flagler County Sheriff’s Office (FCSO) started its Domestic Violence Initiative in 2017 with the goal of building a sustainable and system-wide effort to employ best practices when dealing with matters of domestic violence. A cornerstone initiative was the GPS ankle monitoring program meant to track defendants who represent a significant and ongoing threat to victims. Beyond this initiative, the FCSO has designated one full-time detective to solely investigate and follow up on domestic violence cases, provided victim advocates to victims, and engaged in close collaboration with local agencies and organizations. 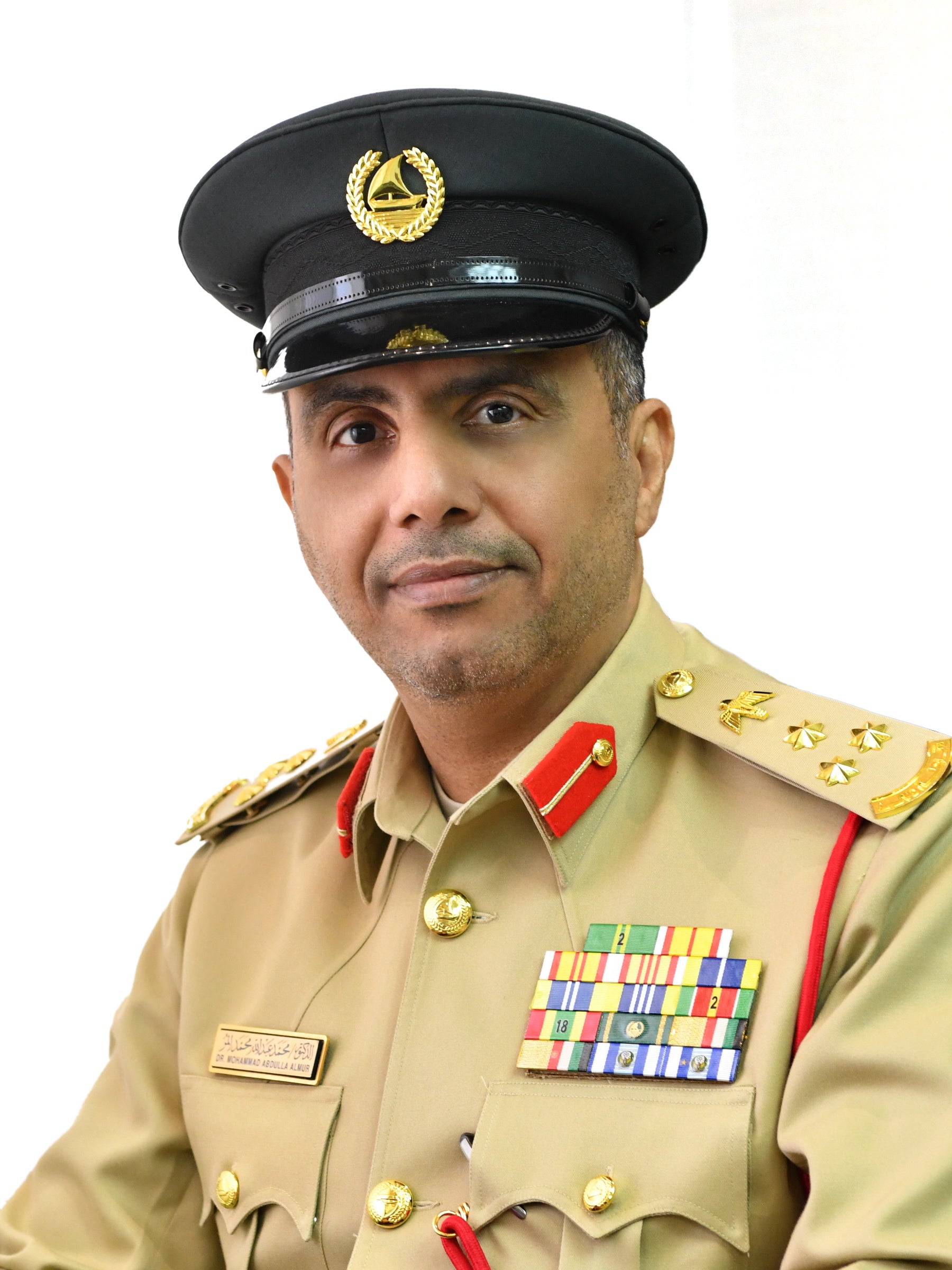 Starting in 2016, the Dubai Police’s General Department of Human Rights has implemented the “You Are Not Alone” program, which has expanded their operations in human trafficking prevention and victims’ services to the most vulnerable women, children, and laborers in the United Arab Emirates. This initiative utilizes a diverse staff of law enforcement officers and other experts in human trafficking to implement security, legal, financial, social, and mental health services to help victims of human trafficking. The program has an innovative approach using technology and has created several smart apps and a 24/7 hotline for victims. Other components of the program include virtual trainings, collaboration with the United Nations Office on Drugs and Crime, community education through cartoons and brochures, more child-friendly interviewing rooms, and MOUs with various partners throughout the criminal justice system to target human trafficking. 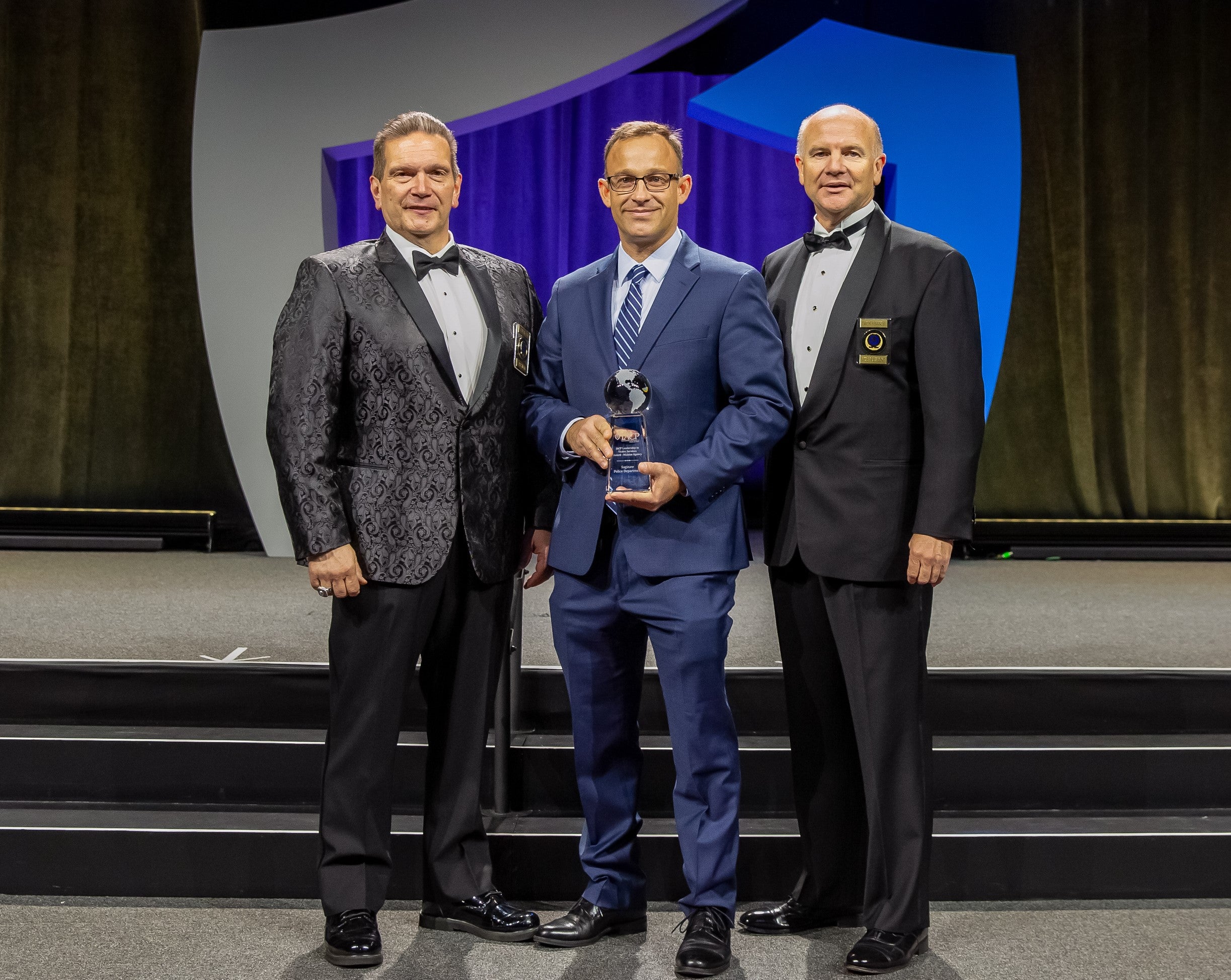 In 2015, the Saginaw Police Department (SPD) pursued innovative approaches to address staffing issues while simultaneously promoting community strength and support. In order to lay a new foundation to build upon, the SPD began to update departmental policies and develop a strong mission, vision, and values statement. Initial phases of implementing a victim-centered, trauma-focused, Victim Services Unit began. The organizational philosophy of the Saginaw Police Department was beginning to evolve, focusing on victim services and the importance of utilizing effective community partnerships. With the implementation and expansion of the Victim Services Unit, the SPD conducted department-wide training, developed community outreach and awareness programs, developed strong working relationships with various community agencies, and engaged in positive interactions with victims. 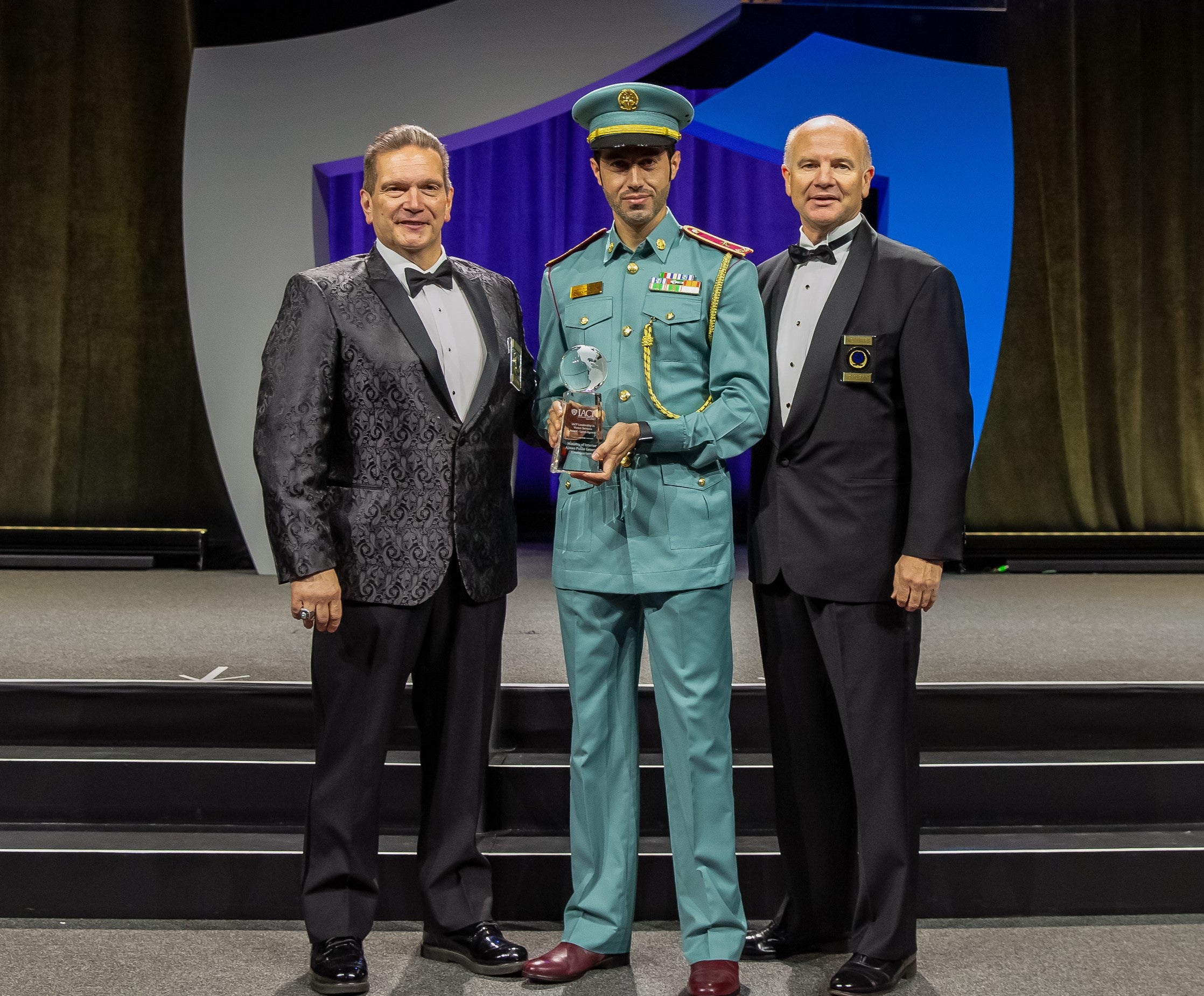 In 2011, the Ajman Police established the Social Support and Victim Service Program. The program was established as a response to the emergence of serious crimes violating human rights, especially regarding victims of crimes such as women, children, families, and victims of human trafficking. The Social Support and Victim Service Program features rapid communication channels between the victim and police. Buildings are designated as safe areas for victims to report incidents and crime cases. Diverse employees are trained and qualified in providing victim care services, classifying cases so that resources are allocated and dispensed appropriately, and conducting home visits to better understand victims’ needs. Since its establishment in 2011, the community’s trust in police has increased from 85.6% to 96.8% and the sense of security has increased from 85.3% to 97.8%. 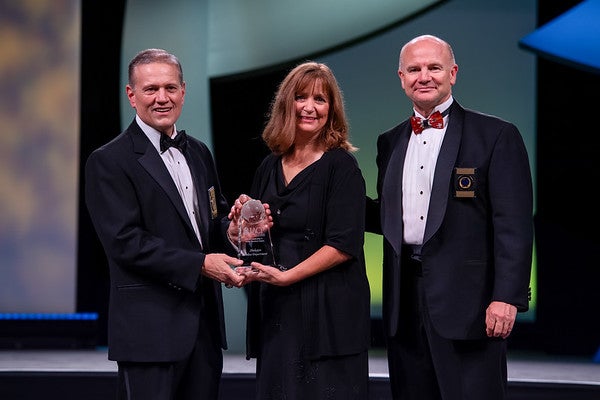 Shakopee Police Department, located in Scott County in southeastern Minnesota, has been working to enhance victim services for decades, as illustrated by their longstanding partnership with the local domestic violence program, Southern Valley Alliance for Battered Women (SVABW). Three years ago, Shakopee’s Police Chief developed a Victim Services Coordinator (VSC) position fully funded by the city to meet the needs of victims. Since then, the VSC has shifted a lack of awareness of crime victims to a culture of increased awareness, involvement, and compassion. The VSC puts victims in touch with 122 different service providers, while keeping them updated on their case and helping them to execute their rights. This has allowed the department to reach people who normally would not come forward and has improved the quality of care for victims. 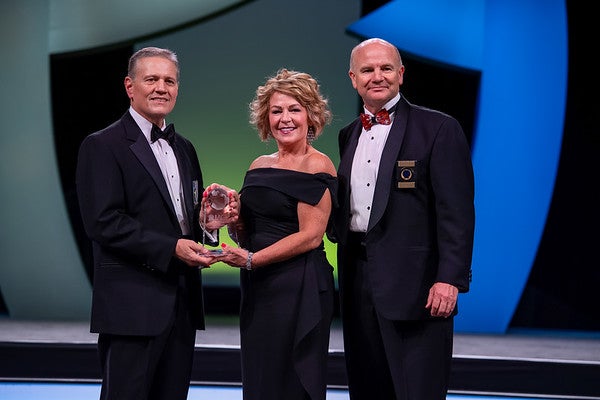 Colorado State Patrol (CSP) established their Victims Assistance Unit (VAU) in 1991 to provide services to those who suffer from unexpected and violent traffic incidents, including non-Colorado residents visiting the state. The VAU supports victims with on-scene crisis intervention coordinates the return of personal belongings, care for injured pets, lodging for uninjured passengers, transportation for out-of-state family members; and provides many other important services. Additionally, the VAU focuses its attention on serving the needs of victims of human smuggling and trafficking. Working in close partnership with Mothers Against Drunk Drivers, funeral homes, counselors, psychologists, social workers, consulates, and several others, the CSP has created an adaptable model for law enforcement agencies. 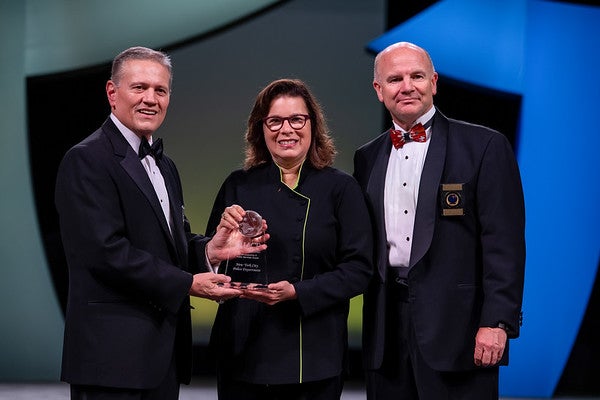 New York Police Department’s (NYPD) Crime Victim Assistance Program (CVAP), which began in September 2016, is a joint effort between the NYPD and the non-profit organization, Safe Horizon. CVAP places crime victim and domestic violence advocates directly in police precincts throughout New York City to provide victims with a wide array of assistance. The advocates’ primary roles are to help victims navigate the criminal justice process, engage in proactive safety planning, and facilitate access to a range of resources. The CVAP also expands the number of individuals served, while establishing a continuum of care for victims. Placing advocates in every precinct in New York City is a tremendous undertaking, which demonstrates a firm commitment to victim services.

In August 2016, the Virginia Commonwealth University Police Department (VCUPD), in Richmond, Virginia, implemented the “You Have Options” (YHOP) program. VCU Police recognized the need for a victim-centered, offender-focused response to sexual violence that occurred on campus. VCUPD encourages victims of sexual assaults to report to law enforcement and offers various reporting options, including an online reporting portal. To date, YHOP has been implemented by six local law enforcement agencies throughout the United States. VCUPD was the first campus law enforcement agency to navigate Title IX requirements and Clery Act obligations while providing the elements of YHOP to the campus community.

VCU Police officers and staff received training on the complexities of sexual violence, comprehensive victim response and the YHOP program. With the addition of the YHOP program, sexual assault reporting to VCUPD has significantly increased. In the 2016-2017 academic year there has been a 51% increase in the number of sexual assaults reported to the department compared to the previous academic year. This increase more accurately reflects sexual violence on campus and demonstrates a greater trust in the department and the victim-centered program.

In the spring of 2017, 96.3% of students, faculty, and staff surveyed reported feeling "safe" or "very safe" on VCU's campuses. One participant in the survey noted that they were recently the victim of harassment. This individual stated that VCU Police went above and beyond their normal duties to solve the issue, which in turn enhanced their feeling of safety on campus. Others who completed the survey recognized that the programs and resources provided by VCUPD helped them become more aware of the assistance offered to those who feel unsafe or victimized.

VCU Police created a channel for victims of sexual assault to access justice in a way that is right for them at a pace with which they are comfortable. There is no doubt sworn campus law enforcement agencies will look to VCUPD as an example of how to utilize best practices in responding to sexual assault cases.

The Vancouver Police Department Victim Services Unit (VSU) has been an integral part of the Department since its inception in 1984. At that time volunteers mainly supported the victims. In 2004, due to the ever-increasing complexity of victim service work, the VSU underwent a significant reorganization and is now entirely comprised of specialized employees who work with victims and witnesses. All the staff hold degrees in the social sciences and have considerable experience in crisis intervention and trauma informed practices.

The VSU is constantly exploring innovative ways of reaching out to serve the many diverse population groups within Vancouver. As a result, the VSU has earned the reputation locally, nationally and internationally as a leader in the victim services field and has become a role model for many agencies.

One example of their innovative approach was that in 2016, a trained intervention trauma dog was introduced to the program. The Handler and IK-9 team has proven to be a huge success in aiding victims and witnesses to cope with the stress related to critical incidents. The IK-9 Team also attends court during testimony of vulnerable clients like children, acting as a calm presence to help alleviate an extremely difficult time for them.

In 2017 the Vancouver Police added a Civilian Intervention Stress Management Team, which is designed to assist VPD employees who may suffer from exposure to critical incidents or to viewing traumatic materials. The two co-coordinators of the program are VSU staff members and another caseworker is also on this peer support team.

The VSU actively participate in and play an integral role in developing comprehensive victim services networks, in order to assist victims, not only within the complex framework of their own agency but also regionally and throughout Canada. One way this is accomplished is through a referral system that ensures that victims that are victimized in one area can receive services in their own jurisdictions. The VSU also regularly meets with other police-based victim services to forge bonds in order to support multi-jurisdictional clients.

A vital component the VSU provides for the Department is the  accessibility of service through the Unit’s 24/7 response team to police emergencies in order to assess and stabilize victims on scene.  The many Specialty Units within Vancouver PD also are confident that victims and witnesses of serious crimes such as homicides and sexual assaults will be assisted without comprising their investigations.

As an independent Research group has concluded, the VSU consistently demonstrates that they have had a positive impact on the citizens and businesses in Vancouver they are employed to serve.