For an individual to receive this award, they must first be nominated by a law enforcement agency or other traffic safety group or official; and secondly, be a fulltime law enforcement officer of a state, county, metropolitan, or municipal agency or be an individual who has made a significant lifetime contribution to highway safety, such as a traffic engineer, educator, judge, prosecutor, or motor vehicle examiner. 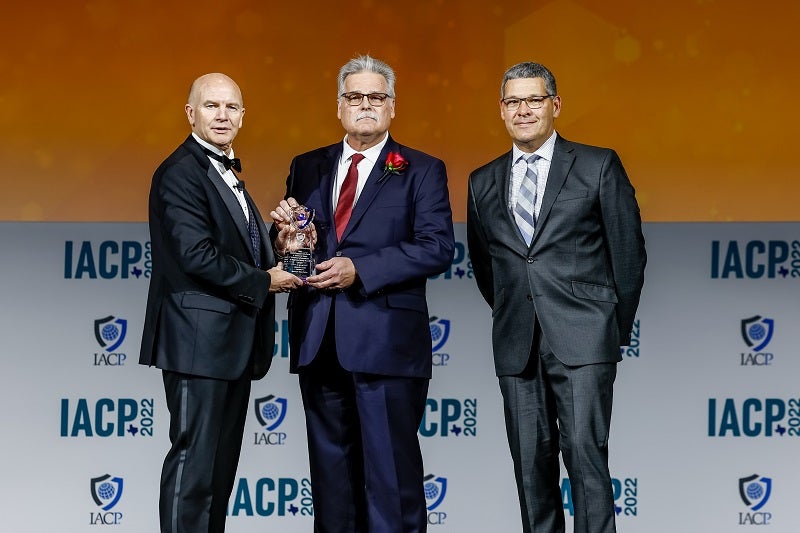 Lieutenant (Lt.) Lance Cook has worked in law enforcement for over 35 years and spent his entire career as a traffic safety advocate. Lt. Cook has been an accredited Traffick Crash Reconstructionist since 1997 and served as the state traffic law expert from 2001 until 2010. He has received numerous awards and served as the co-chair of the regional traffic safety network. In 2018 Lt. Cook was promoted to the position of lieutenant in charge of the Traffic Crash Reconstruction Unit. Lt. Cook has been a tireless promoter of traffic safety throughout his career. His commitment to traffic safety has been demonstrated by his instrumental role in testifying on a high-profile case that reaffirmed motorcycle helmet requirement in Michigan and his work with stakeholders and groups to promote traffic safety. He is a long-term board member of the Michigan Association of Traffic Accident Investigators and has a seat on the Accreditation Commission for Traffic Accident Reconstruction (ACTAR) governing Board of Directors. 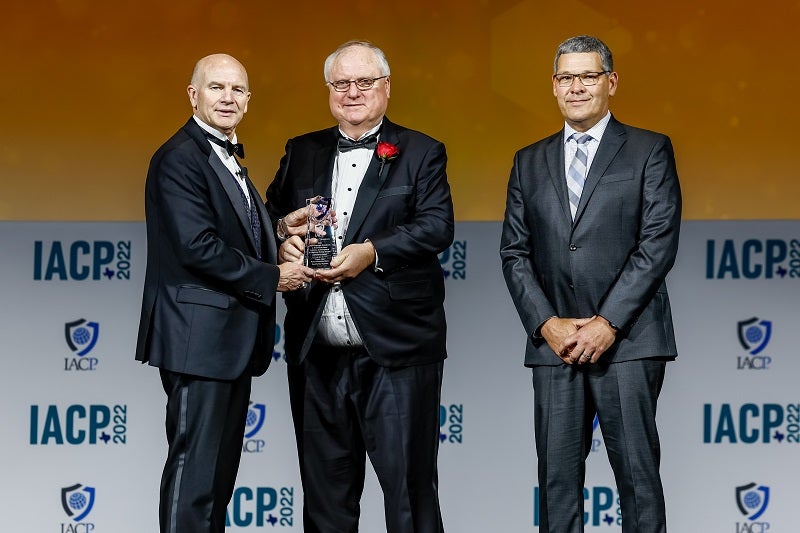 Police Constable (Ret.) Trevor Hall is one of the world’s leading experts in roads policing enforcement technology. Trevor joined Essex Police (UK) in 1975, where he was a police diver. Road Safety is where Trevor saw himself making a difference, as a specialist collision investigator. During this time, he became an Advisor to the Association of Chief Police Officers’ (ACPO) Traffic Enforcement Technology Committee which resulted in him being involved in establishing one of the UK’s first safety camera partnerships in 1999. Following his retirement from the police, Trevor is the Founder and Managing Director of Road Safety Support. Trevor has continued his dedication to road safety by working in over 28 countries with governments, enforcement authorities and police forces on enforcement strategies and technologies.

Lieutenant Colonel Saif Al Falasi started working in the traffic field in 2009. During his term of service, he worked in multiple positions, such as Head of Rural Areas Traffic and Patrol Branch, Head of Traffic and Patrol Section, Head of Traffic Engineering Section, and now, the Director of Traffic and Patrols Department. He has devoted his efforts and leadership skills to his employees in developing traffic engineering, patrols, traffic follow-up, and violation control. He considers changes and focuses on innovation, novelty, and future-foresight in performing his job. During the last four years, he has launched 19 initiatives in the field of traffic safety. He implements the annual traffic awareness plan with 21 government and private sector partners, such as awareness-raising through weekly programs in coordination with Ajman TV and Ajman Radio. The plan includes direct awareness through brochures and meetings at hospitals, commercial centers, and security companies. 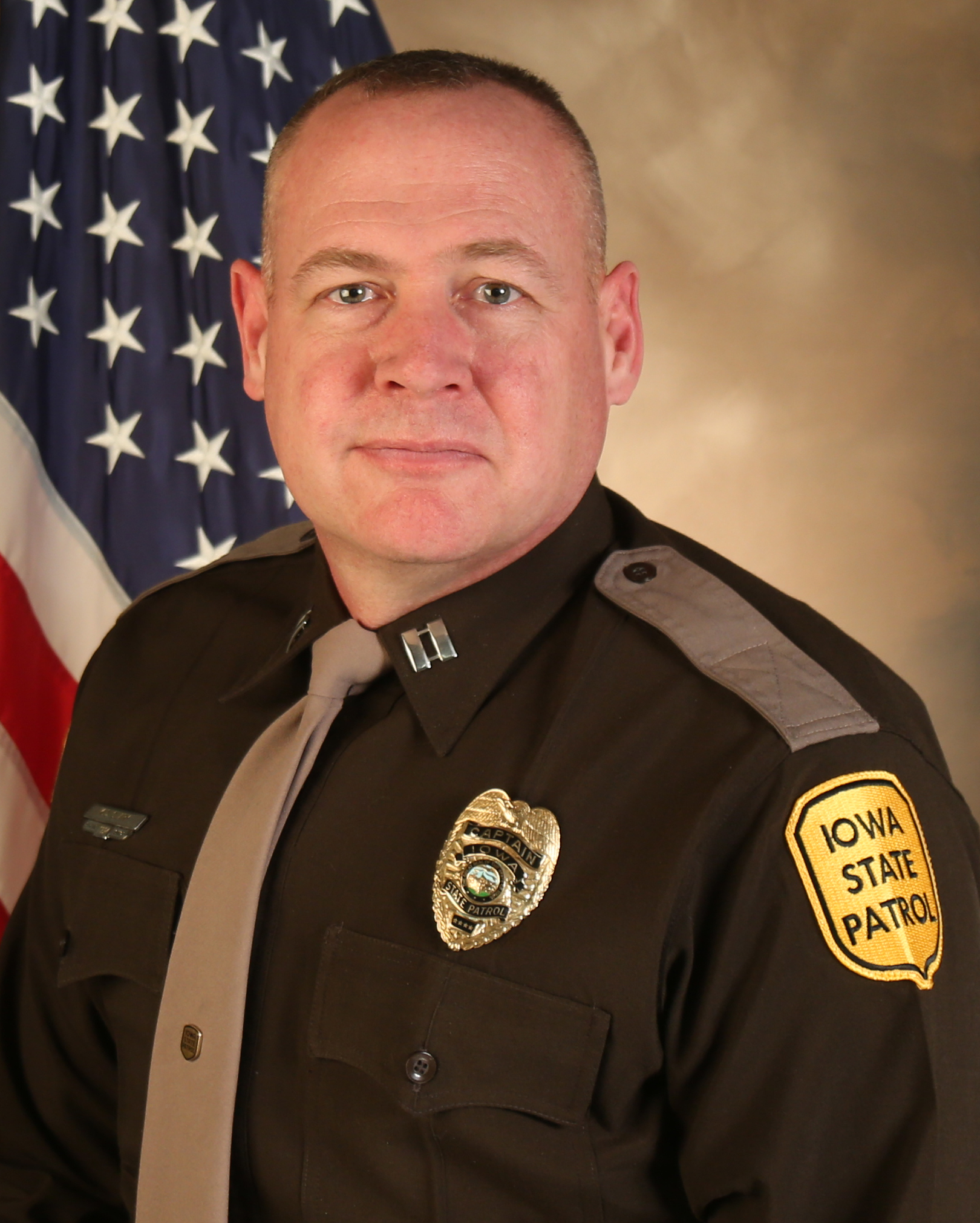 In 1994, Captain Kenneth Clary joined the Iowa State Patrol as a trooper and rose to the rank of Captain by 2013. Known as a law enforcement professional dedicated to traffic safety, Captain Clary’s evidence-based Fatality Reduction Enforcement Effort initiative was recognized as an innovative example for the policing profession. Working in collaboration with other members of law enforcement, the community, and researchers, Captain Clary has proactively engaged in increasing police legitimacy in Iowa while providing evidence-based strategies to reduce traffic fatalities. 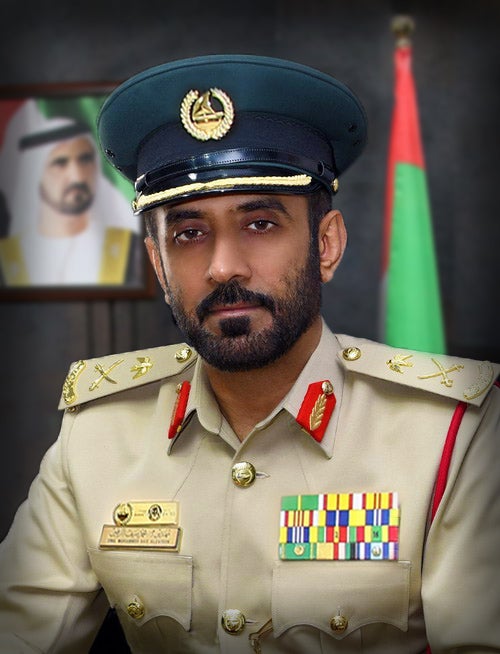 Throughout Major General Engineer Mohammed Al Zaffin’s career, he has held several critical positions related to traffic safety in the Dubai Police. Major General Zaffin has been credited for founding the Traffic Prediction Department, engaging in traffic safety lectures to stakeholders, providing guidance on policy and program implementation, and creating the Vision Zero project and the We Are All Police program. Over the years, Dubai has seen a significant reduction in traffic fatalities and dangerous traffic offenses due to Major General Zaffin’s efforts, particularly the Vision Zero initiative. His efforts have contributed greatly to Dubai and elevated communication strategies regarding traffic incidents and statistics as well as identifying the community’s role in improving traffic safety in the United Arab Emirates.

Commissioner Warren Stanley began his career with the California Highway Patrol in 1982. He was promoted to sergeant and then lieutenant in 1998. After several more promotions and area changes, he was given the opportunity to become the Southern Division Commander. He championed youth programs, traffic safety programs, and community participation. Commissioner Stanley was also committed to furthering the Highway Safety Corridor Program, the Senior Volunteer Program, and the Designated Driver Program. He was integral in the implementation and funding of “Start Smart”, “Every 15 Minutes”, “California Amber Alert”, “Right Turn”, and “CHiPs for Kids”. Commissioner Stanley has helped California achieve a below-national-average mileage per death rate, and a 97% compliance rate for seat belt usage by motorists. 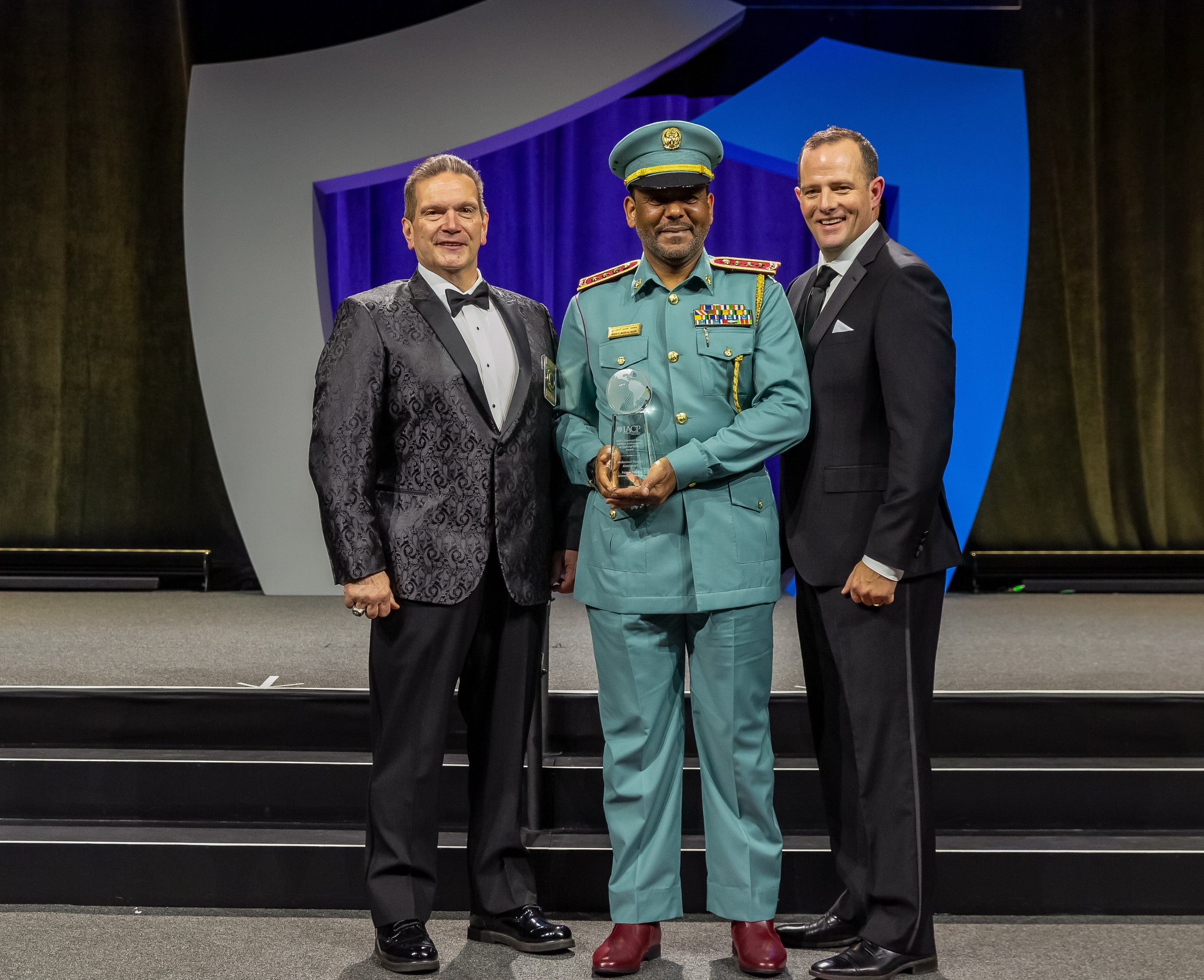 Captain Mohamed Hassan Almismari joined the Fujairah Police at 18 years old. He was then appointed as a traffic clerk where he received specialized courses in traffic crash investigation and management. He went on to become an officer for traffic accidents and investigation. He completed 5,500 traffic collision reports over 12 years. In 2001, Captain Almismari started the first Traffic Statistics Office of Fujairah where he collected data on 25,000 traffic accidents, 85 deaths, and 858 cases of simple, medium, and serious nature. In 2010, he graduated as a lieutenant and was appointed director of the Branch of Awareness and Traffic Information. While in command, he created a series of initiatives, the most important being the Preparation of Traffic Security Awareness program for school students. He also formed a team to coordinate with local partners to develop guidelines and instructions regarding the dangers of using a cell phone while driving. 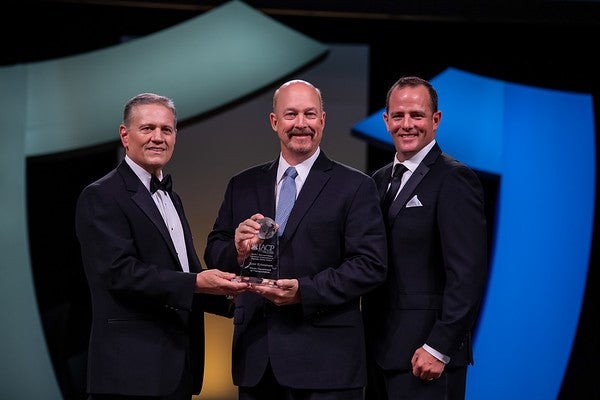 Law Enforcement Liaison Supervisor Scott Kristiansen has worked in traffic and highway safety for over 30 years. During his ten years leading the Buffalo Grove, Illinois, Police Department’s Traffic Unit as a sergeant, he updated department enforcement policies and began working with highway engineers to address crash patterns. After Kristiansen’s retirement, he worked with police departments on highway safety grants and took over as Director of the Illinois Traffic Safety Challenge program. He was appointed to the Illinois Association of Chiefs of Police Traffic Committee, serving as a member for over ten years and Vice Chair for two years. On his own time, Kristiansen has coordinated over 50 Traffic Safety "How-To" seminars, sharing his ideas and experiences with hundreds of law enforcement professionals throughout the state. 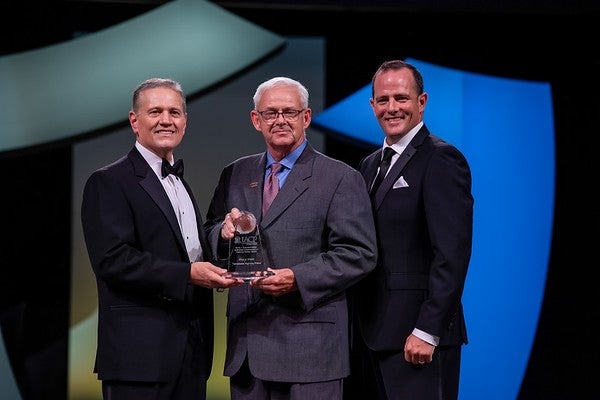 Colonel Tracy Trott (Ret.), has served the Tennessee Highway Patrol since 1978 in assignments at all levels of the organization. As Colonel, Trott placed an emphasis on DUI enforcement, safety belt usage, and hazardous moving violations. As a result, Tennessee saw fatality rates fall lower than they had been in 50 years. His commitment to proactivity with enforcement efforts played a substantial role in this reduction in fatalities and, under his leadership, the department developed a lifesaving predictive analytics software program for vehicle crashes. Additionally, Colonel Trott has shared his knowledge and passion for traffic safety throughout the United States and beyond making meaningful contributions to the law enforcement profession.

For 40 years, Colonel W. Steven Flaherty has proudly served the Commonwealth of Virginia as a public safety professional. Since his appointment to Superintendent on October 1, 2003, Colonel Flaherty has proven himself as an experienced, respected, and innovative leader committed to the safety of the people of Virginia.  His years of service have earned him more than 60 commendations for distinction in highway and public safety.

Colonel Flaherty began his career with the Virginia State Police as a trooper in 1975. In 1983, he joined the VSP Academy staff as sergeant. Sergeant Flaherty trained, motivated, and evaluated new and veteran law enforcement personnel enrolled in courses at the VSP Academy. His most significant accomplishment at the VSP Academy was his self-initiated re-engineering of the Department’s Field Training Officer program to ensure and enhance standardization of training, and overall evaluation of students in a performance based training environment.

In 2000, Colonel Flaherty was appointed as the Deputy Director of the BFO where he managed all aspects of statewide traffic and criminal law enforcement, motor vehicle safety inspection, motor carrier safety, drug interdiction operations, crime prevention, and aviation.  Colonel Flaherty was instrumental in the design, development, and implementation of all BFO operational plans, administrative programs, and highway safety strategies that refined operations, enhanced services, and ensured fair and equal application of the law. Under Colonel Flaherty’s direction, the VSP instituted the highly-effective “Operation Air, Land & Speed” traffic enforcement effort on Virginia’s interstates, utilizing off-duty troopers to augment high-visibility patrols. Due to its success, the efforts of the VSP have resulted in numerous accolades from the motoring public, and have significantly reduced traffic deaths on the targeted roadways.

Colonel Flaherty is active in many professional organizations such as the International Association of Chiefs of Police (IACP) and the Virginia Association of Chiefs of Police. As General Chair of the State & Provincial Police Division of the IACP, he was a driving force behind the development and implementation of the U.S.-wide “Drive to Save Lives” traffic safety campaign in 2014. Unprecedented in its support by state police and highway patrol leaders, police chiefs, and sheriffs, the traffic-safety initiative aimed to not only reduce traffic deaths by 15 percent, but to also improve officer safety on U.S. highways. In Virginia, Colonel Flaherty crisscrossed the Commonwealth to speak at four press conferences in one day to launch this life-saving campaign, to include participation and support of the Governor of Virginia.

For more than 43 years, Assistant Commissioner Arthur Anderson has contributed his energy and ideas on both a local and national level toward improving traffic safety. After joining the California Highway Patrol (CHP) in 1974, Arthur Anderson held every rank from cadet to assistant commissioner. At the height of his career with the CHP, he was appointed to the position of Assistant Commissioner, Field, where he oversaw each of the eight field divisions, the Office of Air Operations, and the Protective Services Division.

While Arthur Anderson served the people of California, the Mileage Death Rate (MDR) continued to remain at its lowest levels on California’s roadways, despite a steady increase in the number of vehicles and miles driven. His prominent role in promoting national seat belt and child safety programs is shown in California’s high seat belt compliance rate, leading it to be the first state in the U.S. to achieve a 90 percent seat belt compliance rate. Due to his insight and direction, numerous traffic safety programs were instituted in the state, including the Corridor Safety Program, the Safety and Farm Labor Vehicle Education Program, the California Motorcyclist Safety Program, and the Commercial Industry Education Program. These award-winning programs focused on enforcement, education, and engineering, enhancing the safety of people throughout California.

Additionally, Arthur Anderson was a pioneer in youth safety programs. He was instrumental in the implementation and operation of California’s Amber Alert program, the Right Turn Program, Start Smart, and the Every 15 Minutes Program. These programs keep the children of California safe, while informing them that the CHP and other law enforcement agencies are there to help them.

In 1993, Arthur Anderson was appointed as the Director of the California Office of Traffic Safety (OTS).  While Director of OTS from 1993 through 1999, he was responsible for administering the California Traffic Safety Program, which includes planning for programs to reduce the number of victims killed and injured in traffic collisions throughout the state.  He oversaw the day-to-day operations of OTS and was responsible for the administration, distribution, and management of over $38 million in traffic safety grants annually. These grants allowed for planning to identify highway safety problems, provided start up “seed” money for new programs, and gave new direction to existing safety programs.

From 2000 to present, Arthur Anderson has been a law enforcement consultant to the National Highway Traffic Safety Administration where he conducts department assessments on traffic safety.