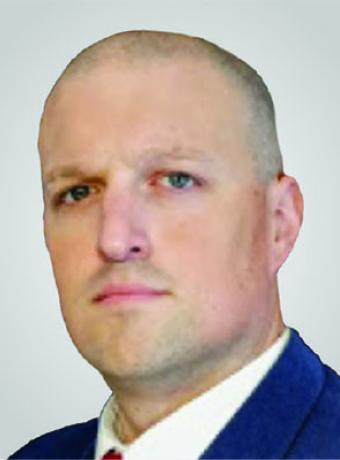 Intelligence Analyst William Werner leverages his interest in research and his skills in policy, writing, and management to serve his community as an analyst and police planner for the St. Louis Metropolitan Police Department. He has secured numerous grants for his agency, totaling more than $5 million, including funding for the Gun Crimes Intelligence Center, Intellectual Property Crimes Unit, and Victim Services Unit, as well as numerous technology innovations.

Inspired by the lifesaving actions of a St. Louis officer, Mr. Werner used violent crime data to highlight the need for both officer and community training in tourniquets and first aid, as well as access to critical supplies. In partnership with trauma surgeons, large-scale training in Stop the Bleed was slated to begin in May 2020 but was temporarily put on hold due to the global corona virus pandemic.

Mr. Werner has been instrumental in the development of key policies on topics such as active shooters, bomb and arson, intellectual property, gun crimes, and victim services. He was also the project manager for the agency’s initial body-worn camera program. Additionally, he served as president of the International Association of Law Enforcement Planners (IALEP). His work has earned him internal and external awards, including IALEP Planner of the Year.

He is motivated by his understanding of the impact of his work on department operations and community service. Mr. Werner is passionate about finding better ways to do business and turning research into real-life applications that can increase public safety and save lives.

“I know that the decisions I make and the projects I manage can have an effect on human lives, from our officers to our citizens.”