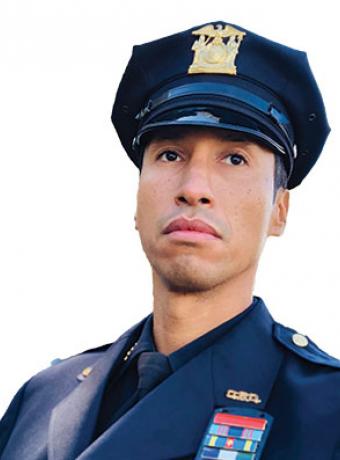 Aa son of immigrants who moved to the United States to establish a life for him and his younger siblings, DETECTIVE JAFETH CHAVEZ never thought that growing up to be a police officer was a possibility. However, as a senior in high school, he began to consider it when he took a forensics class. As a detective, he has not neglected the largely immigrant community but instead has been instrumental in bridging the gap between his department and this underserved population. Det. Chavez is a well-rounded officer and has been a member of the SWAT team for several years, as well as a competent investigator who has solved a wide range of serious and complex cases, including homicides.

Det. Chavez is widely respected in the community, especially by underserved populations. and through this, he has revolutionized how the department could best provide services to them. For instance, Det. Chavez developed a fully functional Spanish-language Facebook page titled, “Policia de Ossining,” which is the first of its type in the region. Since its creation, the page has aided the department in publishing messaging specific to the Hispanic population of Ossining, such as sharing police procedures so neighbors understand how to partner with the department; coordinating food pantry drives to support the underprivileged; and providing helpful tips to protect the immigrant community against scams.

Det. Chavez is always available to leverage his knowledge, experience, and training to support the community while also fostering relationships with fellow officers to gain more confidence to ultimately increase the level of safety in the neighborhood.

“Policing gave me the opportunity to help my community and those who needed direction.”